This photo was captured by Ole Christian Salomonsen in Norway, using a Canon 5D Mark II with Canon EF 16-35 Mark II lens and settings at  f/2.8, ISO2500, 7sec. It is a long exposure photo, that’s why you can see some satellites streaks and one made by a plane. The aurora lets you see the background full of stars, because it is colorful but a little bit transparent. Awesome. 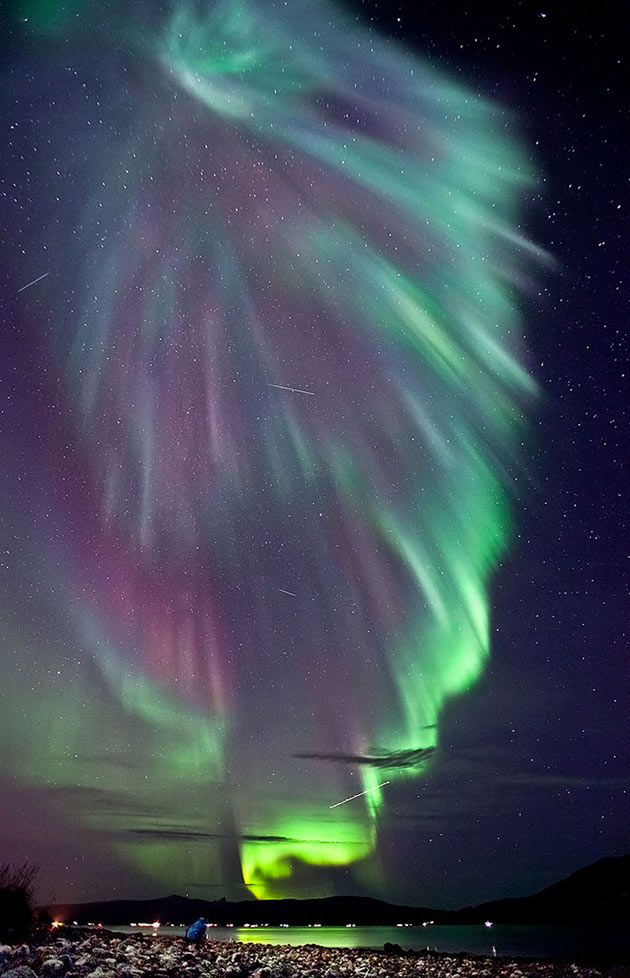 Auroras emit light because of the emission of photons by oxygen and nitrogen atoms in the upper atmosphere. Those atoms get excited—or ionized—by the collision with solar wind particles, which are accelerated by the Earth’s magnetic field. As the atoms get excited or return to their normal state, they emit visible energy. When it is an oxygen atom, the light emitted is either green or brownish-red, depending on the energy level absorbed by the molecule. Blue happens when nitrogen gets ionized, and red when it returns to ground state.