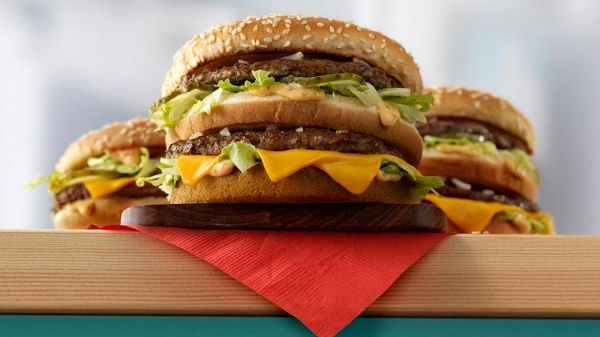 What do you think of when you look back on the 80s? Aside from the horrible fashion sense, obviously. In fact, it’s a bit unfair to say that anything worn during the 80s could get anywhere remotely close to the early 2000’s in terms of sheer aesthetic awfulness. Anyway, truth is, save for a tacky sense of fashion and disco music, there aren’t that many things. Some movies were good, sure, but what about commercials? 80’s commercials are a whole new kind of mix between melancholy and cheesiness.

In fact, we suggest we use them as windows to the past. Let’s make them our form of cultural analysis for this glorious decade that we’ve left behind. Here are 10 Awesome 80s Commercials. Word to the public – we’re not saying they won’t be so bad they’re good.

“Do I look clean to you? Surprise!” Yes, of course, there’s also the continuation which states that “you’re not fully clean unless you’re zestfully clean,” but there’s just something about that particular line that would make an excellent meme. That is, obviously, assuming that we’d pay more attention to anything from the 80s, much less commercials. Needless to say, no commercial has been as lively and full of passion while advertising soap.

If you’re one of those people who have trouble getting catchy tunes out of their heads, run. Run far away and never look back. Possibly out of the desire to make this soft drink known to Midwestern consumers, someone pitched the idea to haunt us for multiple consecutive nights with an incredibly catchy tune. Don’t worry, it hasn’t died yet. There was a reference to it in the movie Signs.

Boxed orange juice drinkable through straws are something mostly aimed at children, aren’t they? In this case, the commercials and marketing campaign should be colorful enough to draw their attention. The best part is that if the dancing and singing kids didn’t immediately turn their eyes to the TV, the random frightening deep voice on one particular kid sure did.

Even today, Revlon’s “8-hour perfume for the 24-hour woman” is quite something else. As opposed to promoting the feminine sex-appeal, this commercial clearly emphasized on the fact that the truly strong woman can have it all: have a job and do the chores around the house. For quite some time, it was a huge pro-feminist anthem.

Listen, there was a major issue plaguing the industry of sodas and fizzy drinks. Men wouldn’t touch diet drinks with a ten-foot pole, especially since there were several products specifically aimed at ladies. However, through the world’s most over the top commercial ever, Coca-Cola aimed to change that by giving Diet Coke a green light via Telly Savalas, the ultimate manly man.

It was the fully-blown period of women starting to flaunt really, really short shorts, so they obviously needed a way to remove to unpleasant bodily hair from areas previously covered. Nair had it all covered and let women of the 80’s known through a colorful, musical commercial.

Can’t we just have this instead of the typical car commercials featuring a shiny car driving around the edge of mountains or between skyscrapers at night from today? 80’s commercials may have excelled at being cheesy, but this cheesiness was also a bit hilarious, let’s admit it. Who wouldn’t want a car that can instantly turn a farmer into a Grease level John Travolta cool guy?

Those who remember most of the commercials on this list surely must remember Fred the Baker and his obsessive need to remind us all that it’s “time to make the donuts.” The commercial was fun, fast-paced, straight to the point, charming, and it’s now a really great thing to look at knowing where Dunkin’ Donuts ended up today.

McDonald’s Big Mac barely needs any introductions today, but it did need some commercials to pump it back in 1984. Since it was a time when it was impossible to make a commercial that didn’t involve singing, we ended up having an advertisement that presented to us all of the ingredients of the Big mac in song form. That’s fine, the worst part was the fact that they had to give all those close-ups.

Last but not least, here’s the commercial that tried to make raisins look cool and edible, but only ended up mostly scarring us because of the absolutely terrifying animation and the questionable look on their faces. At least… the music is nice? Well, if they were aiming for something memorable, they certainly lucked out there.