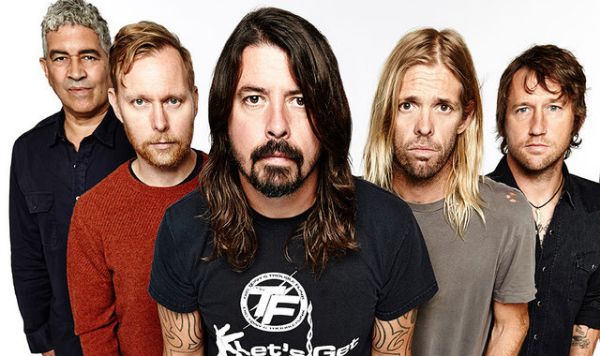 Usually, when shook by a tragedy of proportions, most bands tend to split up and drift into the sunset. The suicide of legendary Nirvana lead Kurt Cobain is the event that shook the rock stage in the 90’s and, as expected, it brought the band to an abrupt and woeful end. What we didn’t expect, however, was to see the spirit of the band continue curtsy of the initiative of drummer Dave Grohl. He went on ahead and formed a band which now, decades later, is the subject of a list titled 10 Awesome Foo Fighters Songs To Rock On To.

Music is meant to be a form of self-expression and this is precisely what Foo Fighters song Stacked Actors does. It’s not necessarily a positive form of expression, at least not for those the track is dedicated to. After having lived a few years in the heart of Hollywood, Dave Grohl grew so tired of the fits and fusses of the people living there that he wrote a song about it. Several celebrities have given a response because they felt they were directly targeted.

Razor is a closing track for the 2005 In Your Honor and it’s incredibly reflective of the overall vibes of the album. While we’ve gotten used to spunkiness and loudness from Foo Fighters, this album brought upon a shift in their tune and had them go slow and steady with acoustic melodies. Although all of the tracks fit this label sufficiently well, it’s Razor that really stands out and reels you in into a hypnotic stance of relaxation.

This is one of the more obscure releases of the band, if only for the fact that it was never released officially and it probably only reached the ears of diehard fans. However, ironically, it’s one of the best Foo Fighters songs the band has ever wrote, something that was claimed by Grohl himself. He says that the lyrics remind him of the better times in Seattle and that the lyrical implications are some of the heaviest.

This track extracted from the There Is Nothing Left To Lose album is perhaps the most radio-friendly tune the band has put out. The song is particularly melodic and enthralling, a great feat when you consider the fact that the band was in the middle of changing guitarists and learning to adapt to a new drummer. As a result, it’s not surprising that the lyrics of this song speak of struggles with inspiration and quest to find it.

Echoes, Silence, Patience & Grace’s first track, The Pretender is also widely regarded as the album’s best. The song is the embodiment of previous Foo Fighter songs off the album In Your Honor, which was characterized by the blend of aggression and melody of violins. In this tune, Grohl shouts out against conformity and regulations. And when we say “shouts,” we mean “impresses us with his powerful vocals.”

This Lasting Light track is all about spirit and not letting it break, as well as all about pursuing your opportunities despite all the difficulties. Grohl sings about “having waited too long” and the song is visually represented by the band’s memorable take on the movie Falling Down.

This Is A Call is pretty much the song that broke Foo Fighters through and made them known to a wide audience. From the very first track, the band managed to set the aesthetic it would be known for – Grohl’s fondness for vague, but symbolic lyrics. The track is particularly raw, but also optimistic, perhaps coming to help Grohl (and us all) heal six months after Kurt Cobain’s death.

An early hit off the The Color And The Shape album, Monkey Wrench encompasses an emotional value that none of the previous Foo Fighters songs had captured before. Grohl sings about the frustrations of relationships falling apart, mimicking the real-life destruction of his own marriage.

Yet another highly emotional song, Best Of You carries with it an inspirational story too. Mark Pellington, whose wife had recently died, offered to direct the music video for the song as it had helped him get through those difficult times.

This probably doesn’t come off as a surprise, neither to long-time Foo fans or those who’ve heard a few songs here and there. Everlong is a definite fan favorite, both in its rocking-out form and played acoustically by Grohl. Its lyrics are a nod to the overwhelming feeling of intense love and they were spawned from Grohl’s struggles during a difficult period of his life.