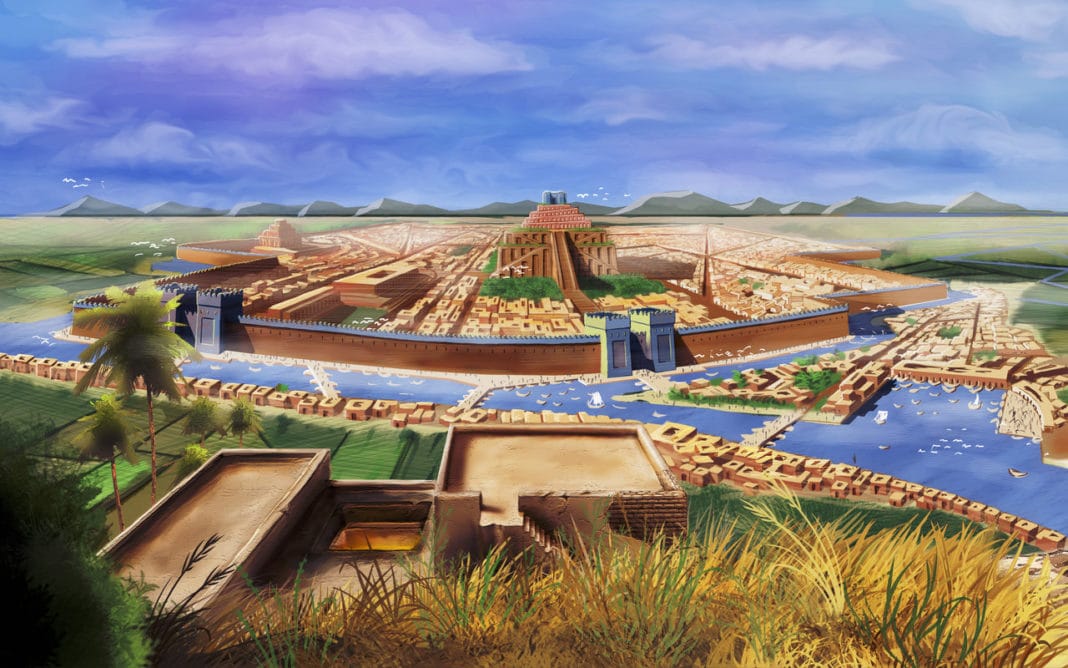 Mesopotamia is the name of an ancient region on whose grounds modern-day Iraq came to be. Nicknamed the Cradle of Life, it’s considered by many to be the first instance of a proper civilization, having been the first entity to have people live in cities and to form governments to represent them. This ancient civilization was the foundation for many important developments, including creating the first forms of written language, agriculture, and religion. Let’s take a look in the very distant past at the region that mothered civilization as we know it and celebrate it with some fun facts about Mesopotamia.

#1. The Meaning of the Name

Mesopotamia means “the land between two rivers.” As the name itself suggests, the land was named so because it was located between two streams of water – the Euphrates River and the Tigris River, also called Dijla and Furat in Arabic. The word for river, “potam,” is also found in the word hippopotamus, which translates to “river horse.”

The two rivers brought upon great advantages in terms of agriculture, an important contribution to the factors that helped the people of Mesopotamia develop agriculture to the next level. The patches of land on either side of the rivers were fertile, though the same couldn’t be said about the larger general area. Much of the prosperity is owed to the fact that Mesopotamia was part of the Fertile Crescent, an area which covered the two rivers along with other regions such as Assyria and Lower and Upper Egypt.

The major cities of Mesopotamia were Baghdad, Babylon, and Nippur. As a way to memorize some interesting  Mesopotamia facts, you should know that Baghdad was located alongside the Tigris River, in the heart of current Iraq. Babylon rose next to the Euphrates River and became the capital of the ancient country of Babylonia. Nippur was found 100 miles south to Babylon and it was a sacred city dedicated to the god Enlil.

Some culture-related facts about Mesopotamia invoke their religion and systems of belief. They worshiped multiple gods and believed in the existence of demons created by the deities. People had to keep the demons constantly happy to avoid punishment.

A particular patron deity representing a respective thing oversaw every city of Mesopotamia. This could refer to a variety of things, such as occupations. It could even talk about parts of the world, such as the sky or the earth. In order to pray and worship, the people of Mesopotamia built temples called Ziggurats, which fostered statues with their hands clasped that prayed on behalf of the visitors.

Speaking of religion, some Mesopotamia facts really help us bring out the strange customs and beliefs of ancient civilizations. For example, they didn’t believe that a thing such as an afterlife existed. Instead, they held the firm belief that people who died traveled underground as ghosts and returned to the dirt.

We’ve already established that we can, for the most part, attribute the invention of the concept of a government to Mesopotamia. But what did it look like, to be more exact? The government they built went hand-in-hand with the monarchy of the time. It was a fascinating intertwining of democracy and hereditary monarchy rights. The ruler came to lead through birth and people elected the officials that would oversee the cities.

One of the main facts about Mesopotamia you should remember is the reputation they built throughout history. Think of its given name of the Cradle of Civilization. They showed advancements in a variety of fields that were both innovative and revolutionary at the time. Among some of the many successes that we can attribute to their genius, we need to mention the creation of glass, the first formula for the Pythagorean Theorem, and, finally, the invention of some inventive ancient sanitation techniques.

Mesopotamian culture also left a lasting impact on the way society functioned. In a sense, one could say that they laid out the foundation for trading methods as we know them today. Back in the early days, before the “urban explosions,” civilians tended to occupy their time with farming. They also produced crops that would be sufficient for their needs alone. As the population grew, they starting growing surplus plants that they could later sell for profit.

All these Mesopotamia facts are here to mostly show how they completely changed the flow of history. Sumerians gave us the first instance of written languages, for example. It came carved in tablets in the form of shapes and drawings. Mesopotamians also invented the irrigation system. Finally, the most important creation of them all, however, has to be the invention of the famed wheel, something we can’t imagine our lives without. 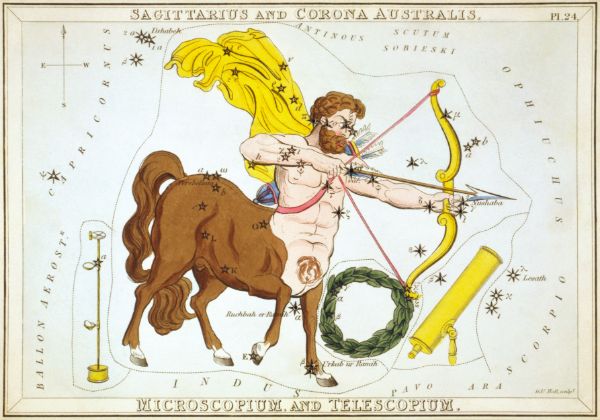 The 10 Most Famous Constellations In History