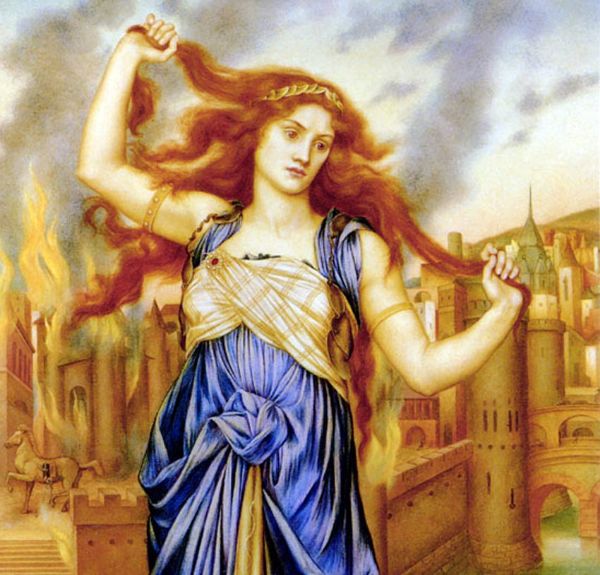 From the Odyssey to the Iliad, to the Theogony, there are many works which contain some of the greatest tales and legends associated with the mighty civilization of Ancient Greece. The gods that the old Greeks worshiped are all names that are familiar to us even today. Needless to say, the mighty civilization left behind a legacy that stretches far beyond the founding of democracy and a few gods.

Today, we honor the chain of insanely creative and fascinating legends left to us as heritage, by presenting to you 10 Awesome Myth Stories From Ancient Greece.

The myth of Sisyphus tells the tale of a mortal king who defied and betrayed two of the most powerful gods in Greek mythology – Zeus and Hades. Among his many malevolent deeds, the king of Corinth sold Zeus over to another minor god in exchange for eternal spring for his kingdom. When Zeus sent Thanatos (Death) after him as a punishment, Sisyphus tricked and trapped him, doing the same thing afterward to Hades when encountering him in the Underworld.

As a punishment, Sisyphus was sent to Tartarus, the lowest layer of the Underworld, condemned to roll up a hill a boulder which would always roll back.

The constellation known as the Big Dipper has an intriguing origin story, according to Greek mythology. It’s said that Zeus was having an affair with a mortal woman named Callisto. In an attempt to hide her from his vengeful wife, Hera, he turned her into a bear then returned to Olympus to not raise suspicion. Callisto was found by her son Arcas, who shot her in the heart with an arrow. Realizing it was his mother, he cried out loud and drew Zeus’ attention.

As an apology, Zeus turned Callisto back into a bear and made her the shiniest and biggest constellation in the sky, having Arcas join her as the Little Dipper.

When Hades, God of the Underworld, instantly fell in love with Persephone, daughter of Demeter, the Goddess of Nature, he made it his goal to wed her. While Persephone was plucking flowers from a field, he split the ground beneath her, which swallowed her into the Underworld. When Demeter found out, she went to Hades and begged him to allow her to return to Earth. After consulting with Zeus, Hades agreed to let her return to her mother for six months each year.

The myth is associated with the seasons, Ancient Greeks believing that Spring marked Persephone’s ascension to Earth and that Winter marked her return to the Underworld.

Just like in the case of Sisyphus, this is the story of a mortal king who was punished by the gods because he’d brought them insults. Tantalus invited all the gods of Olympus to a feast and, deciding to test their genius, he killed one of his sons, cooked him, and served him to them. They figured it out, and Zeus banished him to Tartarus, condemning him to lie in a lake under a fruit free and be eternally thirsty and hungry, without ever being able to reach the fruits or drink the water.

The myth spawned the expression “to tantalize,” which refers to chasing after something that’s out of your reach.

This is the story of a sculptor who crafted an ivory statue of a woman that was so beautiful that he ultimately fell in love with it. Aphrodite, being the Goddess of Love, took pity to the man and granted the statue, Galatea, the gift of life. Pygmalion and Galatea then married and had a son, whose name was then given to a city in Cyprus dedicated to Aphrodite.

A controversial character of Greek mythology, King Midas became known for asking Dionysus for the ability to turn everything he touches to gold. Realizing he’s no longer able to eat or drink again, he realizes his mistake and goes to wash away the power in the Paktolos River. The story speaks of the dangers of greed and short-sighted wishes.

The tale focuses on the romance that bloomed between God of Love Eros and a mortal woman named Psyche, blessed with otherworldly beauty. After she is manipulated into trying to kill him, Eros flees and is imprisoned by Aphrodite. Psyche, managing to impress Zeus with her dedication and love for Eros, grants her immortality so that the two can be together forever.

Titan Prometheus became known for the myth in which he steals Zeus’ fire in an attempt to take revenge of his disapproval towards Prometheus’ attachment to humans. He was ultimately caught, chained to a rock, and condemned to have an eagle eternally nab at his liver.

Cassandra was one of the princesses of Troy, said to have been blessed with the gift of foreseeing the future, but burdened with the curse of having no one believe her. She predicted Troy’s destruction when the Greeks brought the famed giant wooden horse to the city’s gates. The quote which refers to not trusting the Greeks and their gifts has been attributed to her.

One of the most symbolic myth stories of Ancient Greece, it tells the tale of father and son Daedalus and Icarus, who attempted to escape a labyrinth by flying away through man-made wings crafted from branches and wax. Despite being warned about the dangers of flying close to the sun, Icarus’ youthful excitement got the best of him. After venturing near the sun to salute it, his wings started melting, and he ended up falling into the sea and drowning.