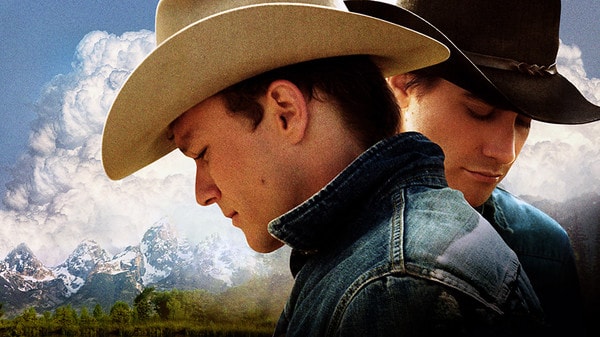 Life is often fickle and unpredictable, which is why we can never predict when we’re going to have our ups and downs. The same thing happens when careers are involved, with creative fields being largely more exposed to unexpected failures and successes. A director is any movie’s pillar and foundation, some may say, and there are times when not even the most talented cast since the world was invented can save a movie that’s badly directed. And, likewise, the best directing can’t compensate for terrible acting. Either way, there are countless of reasons that back up a movie that failed horrible in the box office and, unfortunately, there are times when the director and the actors never manage to come back from it. It stains your reputation and lurks over your shoulder like a dark shadow in the shape of Batman And Robin. However, some directors do manage to leave their failures in the past and move on to create critically acclaimed pieces, if not masterpieces. These are 10 Directors Who Recovered From Failed Movies, like a true phoenix rising from its own ashes.

The flop: The Keep
The recovery: Manhunter

Mann left for future generations two movies that became cult classics: one of them, unfortunately, in a negative way. The Keep was received negatively both by critics and audiences for its incredibly woozy plot that throws together Nazis and supernatural forces. On the other hand, if it weren’t for Manhunter, the original movie featuring the infamous Hannibal Lecter (Lecktor), we wouldn’t be talking about Silence Of The Lambs and shivering at the sight of Anthony Hopkins. So, thank you, Mann.

The flop: The Beach
The recovery: 28 Days Later

Even though Leonardo DiCaprio is constantly in for the most craved Oscar awards, he wasn’t always this lucky. The Beach is proof for that, which ended up being the disastrous result of movie shootings that were, in lack of a better word… strained. Fortunately, Boyle can’t hold DiCaprio responsible for wrecking his career, since 28 Days Later made sure to redeem the director in the eyes of critics and audiences.

The flop: The Ladykillers
The recovery: No Country For Old Men

The Ladykillers was the exception to the rule, in Coen brothers’ case. Although their arsenal consists of some of the best movie of the past three decades, they managed to flop big time with their 2004 film. It wasn’t long after they the brothers set themselves back on the right track, with No Country For Old Men, which cashed in no less than four Oscars, including Best Picture.

The flop: The Ninth Gate
The recovery: The Pianist

There are quite a few disasters in Polanski’s portfolio, but for this list we settled on The Ninth Gate. The movie wasn’t bombarded with negative critics and complaints, and was rather casually… brushed aside as if it never happened. This isn’t the case for The Pianist, which left a strong impact in the movie industry, as one of the movies with the finest understanding and portrayal of the holocaust. The 2002 motion earned Polanski three Oscars and the pleasant surprise of critics and audiences alike.

The flop: Alien 3
The recovery: Seven

You know what they say about movie sequels getting worse and worse as the number at the end of the title gets closer to 10? Maybe Alien 3 could have avoided confirming this theory, if it weren’t for the fact that the production was such a phenomenal mess. A half finished script, a perpetually lost and confused cast and a petty budget bought Fincher a ticket for the Doom Train. Seven, on on the other hand, is an iconic detective drama, that many consider to be his best movie.

Scorsese’s name resonates strongly in the cinematic world, and for good reason. Although he is behind some of the best films ever, he also managed to somehow produce New York, New York, an overall failure that never managed to cash in the $14 million budget allocated to its making. Good thing that he managed to move past and outdo himself with Raging Bull, a pillar stone in the world of cinematography of colossal proportions and of many Oscar nominations.

Hey, nothing against cute children animations. In fact, Happy Feet was a superbly charming movie, unlike its sequel, which needless to say was a total box office disaster and left critics bored and unimpressed. While remakes tend to generally fade in comparison to their original material, this isn’t the case of Mad Max: Fury Road, which managed to easily become the best movie Miller has ever directed, both in the standpoint of critical acclaims and box office profit.

The flop: 1941
The recovery: Indiana Jones: Raiders Of The Lost Ark

There probably isn’t a single person who isn’t familiar with Spielberg’s name, although this is probably thanks to productions such as Jurassic Park. Definitely not because of 1941, one of the less flattering creations in his portfolio. But it could be thanks to Raiders Of The Lost Ark, arguably one of Spielberg’s best movies that managed to swing him back into the right direction and pave his path to further success.

The flop: G.I. Jane
The recovery: The Gladiator

Some directors weren’t lucky enough to benefit from just one terrible production among a sea of award worthy movies. This is Scott’s case, who had a period when he spawned one bad movie after another, such as G.I. Jane. Fortunately for him, they were only building up to the creation of The Gladiator, his now trademark film that managed to sit five Oscars on his shelf.

The flop: The Hulk
The recovery: Brokeback Mountain

Lee is noteworthy for being behind a big chunk of Hollywood’s action packed movies, being praised for his mature approach to the genre. However, him and The Hulk couldn’t have been a more unfortunate match. Before we had Marvel, we had directors who struggled to squeeze something measured and artistic out of a comic book about a man that turns green when angry and punches things. From one extreme to another, Lee proceeded then to make Brokeback Mountain, that one gay cowboy movie that everyone holds so dearly, critics included.

We call a wrap on our list, which presented 10 Directors Who Recovered From Failed Movies. If after every bad movie ever made, we’d also get a masterpiece, the world would be a better place.