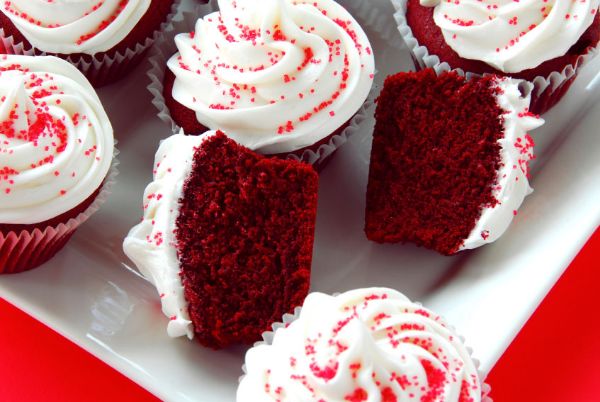 Victims of the relentless sweet tooth syndrome, unite! In the past few years, I’ve discovered the wonders of cupcakes, and it seems like the rest of the world did too. Cupcakes are incredibly tasting even when plain, but if you combine them with a set of frosting varieties, cute decorations, and some extra leisure time? They basically turn into reasons why some types of food should be outlawed.

Either way, as more people get absorbed into the cupcake fandom, more recipes and combinations begin to emerge. If you want to live the best cupcake experience, then we recommend picking one of the 10 Popular Cupcake Flavors You Need To Try to start with.

This timeless combination is everlasting in more than just cupcakes: it’s a favorite among ice-cream flavors, cakes, and almost all of the desserts that allow for chocolate and vanilla to be blended in their composition. It might not be a glamorous looking recipe, but it’s easy to make and guaranteed to have a divine taste. The best part is that a chocolate muffin with vanilla frosting isn’t the same thing with a puffy, white muffin topped with creamy chocolate. Therefore, you can try two different things with the same ingredients.

A recipe derived from the super popular red velvet cake, these cupcakes are practically miniature versions of their larger, scarlet delight. They’re elegant looking, thanks to the unmistakable color blended in the batter, and are guaranteed to impress guests at an afternoon tea party through their aesthetics alone. Coated with a layer of light, cheesy cream, there’s no wonder that red velvet cupcakes often outsell other traditional types in many bakeries.

One of the reasons why cupcakes have grown to be so popular is the fact that many of them are basically cakes that have been reduced to a smaller scale. Like in the case of the red velvet cupcakes, carrot cupcakes have evolved from the delightful carrot cake. They’ve become a sweet treat that you may now enjoy without risking the aftermaths that would otherwise follow after indulging in a full sized cake. Often joined by a frosting made of cream cheese, these bakery wonders prove that size really doesn’t matter.

We’ve come a long way since peanut butter was partners in crime with jelly, giving mothers everywhere the perfect lunch to pack for their children before school time. Nowadays, it’s an ingredient for an interesting and delicious cupcake flavor which is able to appeal to a variety of tastes. By themselves, peanut butter cupcakes aren’t too sweet, but you can add an increased dose of sugar by topping them with a multitude of frosting types. Some suggestions for that are chocolate, banana, honey, and even jelly, for a dose of nostalgia.

The lemon flavor in desserts has become popular thanks to its light, refreshing taste and thanks to the sweet-sour combination that many people are very fond of. The cupcakes that provide this excellent taste are bright looking, curtsy of the yellow shade of the body and the white frosting decorating its top. The standard cupcake-frosting combination is lemon-lemon. But, if you think it’s too sour for your taste, you can ditch the citric glaze and opt for a layer of confectioner’s sugar.

Chocolate is the undeniable star of sweets, produced in an incredibly wide variety of shapes, flavors, and combinations. Needless to say, it’s consumed by people all over the world. If you’re a big fan, then you can’t go wrong with these cupcakes, since they’re basically the ideal mix: chocolate on chocolate. The best part is that the variety previously mentioned also applies to cupcakes. You can use either milk, dark, white chocolate, as well as ganache. Use them to your advantage to taste numerous variations of batter and frosting.

Those who thoroughly enjoy the taste of coffee have taken it to the next level and have decided to include it on their dessert menu. Coffee cupcakes are as popular as any other sweet containing the ingredient. Because it works well with a lot of other flavors and it has a strong, unmistakable taste, coffee turned into a regular in our cakes, ice-creams and now cupcakes. And if you prefer your morning drink to be a decaf grande, don’t worry. You can do the same with your cupcakes, minus the “grande” part.

We’ve lately seen more and more bananas being used among desserts, so why shouldn’t cupcakes go along with the flow? Banana flavor is unique and exotic, but its strongest suit is how well it works in combination with others. The puffy, yellow cupcakes taste a bit like banana bread, except they can be topped with frosting chosen from numerous options: strawberry, raspberry, chocolate (obviously) or even whipped cream.

The moment the first signs that autumn is approaching show up, it’s time for Starbucks to whip out its Pumpkin Spiced Latte. Bakeries everywhere display their pumpkin flavored cupcakes. Although they’re a fairly seasonal dessert, these treats are sufficiently popular through fall and winter to ensure that they’ll always be around whenever September kicks in. After all, think of all the profit bakeries that sell pumpkin cupcakes make around Halloween.

Despite how easily you can find vanilla-flavored desserts, harvesting the actual vanilla bean it is no easy task. It has its origins in tropical plantations. Thusly, it’s perfumed and has a slightly exotic taste. People have been mixing it into their dessert batters since humans have started baking basically, and it doesn’t look like vanilla cupcakes want to leave the shelves of specialty shops any time soon. After all, sometimes simplicity is the best option.

There are so many flavors than those presented here, but these were just the 10 Popular Cupcake Flavors You Need To Try. Cupcakes are excellent desserts for many reasons: they’re varied, tasty, and easy to make at home, should you want to give it a try. Once you get the hang of it, baking muffins doesn’t take more than 30 minutes in total. As a bonus, decorating with frosting is an extremely fun activity.