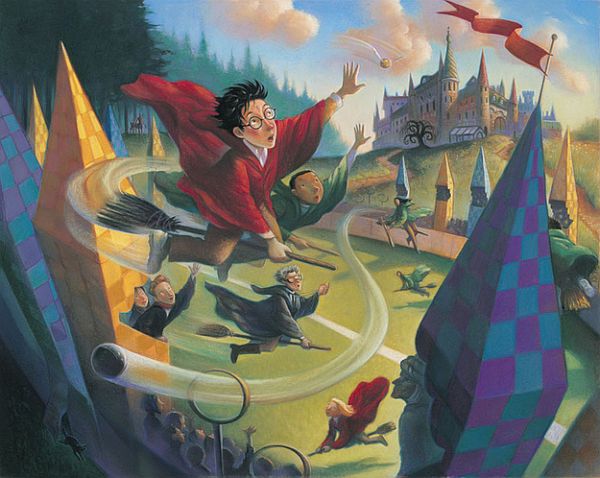 If we would be discussing George Martin’s “A Song Of Ice Of Fire” we wouldn’t be surprised talking about game changing theories. With so many characters, there’s no wonder Reddit threads keep popping, dissecting the Targaryens, the Lannisters and whether Jon Snow dies or not. But today’s article will focus on those books we learned about in high school, more exactly on 10 theories to change your perspective on classic books. After you finish reading you’ll wish you could’ve put these in your essays just to see how your English teacher reacted. Not all of these hypotheses are backed up by many critics, but once you’ll read them they’ll be forever stuck in your head and you’ll never look at these classics in the same way as before.

10. Mr. Darcy got rich from slavery

No matter what your take on “Pride and Prejudice” is (best novel ever or nineteenth century chick lit), Mr Darcy will forever remain the dashing, elegant, well mannered gentleman who has an impressive fortune and is incomprehensibly attracted by Jane. With no real and satisfying explanation for his wealth, some critics pointed out his money could’ve come from the slave trade. His annual income of £10,000 is believed to come from slavery, especially since another Austen character, Thomas Bertram from “Mansfield Park’s” was known as a plantation owner.

9. The Tiger Who Came To Tea is about the Holocaust

This best selling children’s story by Judith Kerr came out in 1968. It charmed all kids tucked in bed with dreamy illustrations and a cute plot about a tiger who stops by a little girl’s house for some tea. A controversial theory suggests the whole story is in fact about the Holocaust. The author’s parents were persecuted by Nazi agents during World War II, so some claim the tiger in the children’s book represents Gestapo, who could freely enter Jews’ homes and do whatever they pleased. The theory was dismissed as far fetched and rejected publicly by Kerr herself.

8. Frankenstein is about pregnancy and childbirth

It is believed that Mary Shelley’s Gothic story is about more than the quest for knowledge. Shelley suffered a miscarriage when she was only 16, so it has been claimed that the monster in Frankenstein could stand for the author’s lost baby daughter, with the monster mimicking the development of a child through the pains of birth and how it learns to talk and act. Another piece of evidence is the name of the monster’s first victims, which was also Shelly’s lost baby’s name.

Enthusiasts supporting this theory sifted the story for hints and they came up with many of them. Gatsby has a brown body and at some point he even snaps at someone, telling him “We’re all white here!” In addition, Gatsby holds New Orleans and jazz music close to his heart, another two indications about his true origins. What is more, at some point we’re told Gatsby has 40 acres of land, which made critics think of the “40 acres and a mule” that slaves received when they were freed.

6. On The Road is Catholic propaganda

Despite advocating for blue collar values, cool cars and drugs, some see Jack Kerouac’s “On the Road” as a Catholic book. The author himself described the book as following two Catholic friends looking for God. That’s all fans needed to hear. Catholic theories started pouring in, with some of the most outrageous ones even identifying one of the characters with Christ.

5. Don Quixote is about Jewish mysticism

Not everyone was happy with considering this one a mere comic story. So they went ahead to draw up theories about how the ancestors of Cervantes were Jewish. Which implies the book must have hidden various references and themes about the Jews in his book. Even the name “Quixote” is believed to be derived from Aramaic, meaning truth.

4. Babar The Elephant is about the joys of colonialism

This French children’s story is about a wild elephant, Babar, who witnesses his mother getting shot and escapes in the city where he starts acting like a human. He then goes back into the wild and becomes the elephants’ king. Could this all be just an allegory for colonialism? Babar wears clothes and walks upright among people, but he dominates the rest of the elephants, forcing them to act French. The jury’s still out on whether Babar is a satire or a justification for France’s right to dominate other native cultures.

3. Harry Potter Is Doomed To Immortality

The Harry Potter series have been interpreted in almost every possible way. One of the most intriguing theories points to the protagonist’s immortality. It is believed only Harry and Voldemort were could kill each other. And with the latter dying, that would make Harry immortal. Therefore, killing Voldemort would have been the supreme act of sacrifice, condemning him to a lonely life once his friends started passing away.

2. At The Mountains Of Madness Is About Country Versus City Living

This alien horror by H. P. Lovercraft has been suggested to secretly be about city dangers. It is believed Lovercraft was inspired by Oswald Spengler’s “The decline of the West” in which civilizations collapse as a result of all people concentrating in huge cities. The author of “At The Mountains Of Madness” seems to mirror “The decline of the West” with the collapse of civilization and the coming of the aliens.

1. Jane Austen’s novels are all about game theory

Predominantly used in economics, politics and psychology, it appears Austen’s novels are laden with the game theory. This boils down to assessing available choices and opting for the one with the most benefits for more people. There’s also a gimmick: steering others into the direction that benefits you and making sure the choice is in their best interest as well. It’s not hard to see most of Austen’s characters do this. Mrs Bennet calculates how to get suitable matches for her daughter and Fanny Price manipulates her sister into returning her knife.