Gaming is big business and, hey, so are sports. And, of course, multi-billion dollar businesses go better together. That’s why sports games have long had a powerful tradition, ever since the earliest days of video gaming. In fact you could argue that pong itself was sort of a proto-sports game. Nonetheless here are ten of the best sports games out there of all time.

Yes, they might not be great looking or even have exciting gameplay that much but a lot of flash games are absolutely stunningly challenging and have great replay value. Take the above flash minigame. I’ve been playing it for hours, which is more than i can say for a lot of triple A sports games.

Back in the early to mid 00’s when everything was still extreme, SSX 3 was the embodiment of everything that was cool about winter. Extreme snowboarding handled in much the same way as Tony Hawk’s pro skater? This game was a game changer and the fact that it sold over six million copies shows just how well it tapped into the zeitgeist. 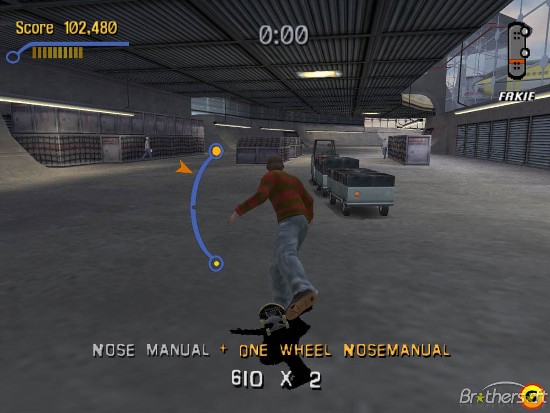 What kind of a sport is skateboarding anyway? A popular one, that’s the kind. THPS2 was a breath of fresh air and although the graphics weren’t all that great the game more than made it up with the thrilling soundtrack and the addictive gameplay.

The original, NES punch out was the first really popular sports game, if you exclude Pong. Sure there was excite bike but can you really compete with a game that lets you punch out Mike Tyson’s lights? Punch Out was good, if a bit racist and it got remade for the Wii with two times the action and ten times the racism.

If you’re a tennis fan you are probably a fan of Top Spin. The series has always been quite realistic but in recent years it has become hands down simulationist and that’s not including the PS Move support on the PS3 which makes the game physically challenging as well.

Football, over here known as Soccer is the most popular sport in the world but looking at this game you really couldn’t tell why. This isn’t an action packed game of hitting the ball faster than the others but a cerebral challenge of management that can hold its own against any grand strategy game. As a bonus, the players in ’11 have unique personalities so sometimes you’ll have to fight them tooth and nail to get things done.

The NBA Jam is as far from the above example  in terms of simulationism as you can go. The game is fast, fun and exciting and caters more to arcade gamers than serious basketball fans. Nonetheless it has garnered a sizeable following thanks both to its replay value and its over-the-top commentators.

NHL 94 is the granddaddy of Hockey games that are going strong to this day. At its time the game was a revelation. In fact it is so popular that there are tournaments of it still organized today.

Wii games? In a sports list? Yes! And there’s a good reason for that. While most of the games we enjoy are all played by twiddling our thumbs, the wii sports series is actually  physical. I can still remember when my grandfather whooped my ass at Wii tennis. I couldn’t believe it! And one thing more, Wii sports games are fundamentally party games, which means they’re social as well!