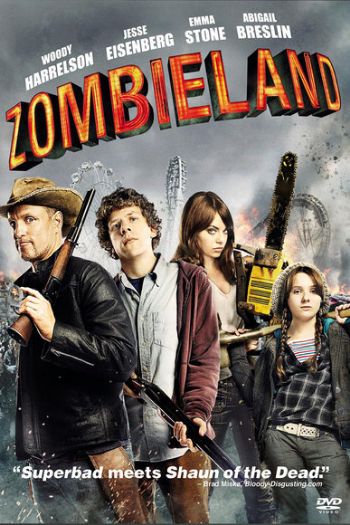 Although, admittedly, The Walking Dead definitely didn’t invent the zombie apocalypse genre, it sure is responsible for turning it into a contemporary craze. Moreover, it also reinvented the trope and proved that even the concept of flesh-eating, walking corpses can be done right and incorporated in a high-quality production. But, like I said, the genre has been around long before the appearance of the TV show and even the comics.

The following Top 10 Best Zombie Movies stand tall as living proof that the big screens can do the genre just as well as television.

This Spanish flick inspired a Hollywood remake titled “Quarantine.” Directed by Jaume Balaguero, it tells the story of a reporting team that has arrived at a local police station to film a routine night shift. Given the nature of this list, you can probably tell that something ultimately goes horribly wrong in full-fledged zombie style.

The 70’s were the year of the big zombie genre explosion, a ride that many directors and screenwriters were eager to hop on board of. Italian director Lucio Fulci was among them, creating Zombi 2 as an intended sequel to the immensely successful Dawn of the Dead. In this movie, the daughter of a deceased scientist seeks to uncover the mystery of his death by journeying to an island plagued by voodoo and walking corpses.

A Norwegian zombie splatter film directed by Tommy Wirkola, it chose to give a unique twist to the genre of the undead by throwing into the mix… Nazi zombies. Some soldiers of the Third Reich have been left to freeze to death in the cold mountains of Norway and now they gruesomely feast on anyone foolish enough to venture into the wilderness of Scandinavian forests.

Before achieving tremendous success through the Lord of the Rings trilogy, Peter Jackson was doing splatstick zombie flicks, apparently. Braindead is a more or less satirical take on the genre, presenting to us the hilarious situation of a boy struggling to keep his undead mother hidden. If that wasn’t troublesome enough, he’s also trying to stop her from spreading the disease among the villagers and turning them into a zombie horde.

Making use of the success recipe presented by Braindead, Zombieland spices up the classic zombie apocalypse genre with some delightful comedy. The movie, directed by Ruben Fleischer, exhibits a round-up of stellar cast members, which feature Jesse Eisenberg, Woody Harrelson, and Emma Stone as the lead characters. In the story, we follow a group of unlikely zombie apocalypse survivors on their road trip across South America as they search for a refuge against the undead chaos.

Yet another comedy-infused zombie flick, Shaun of the Dead is as hilarious as it gets thanks to the complete lack of motivation of protagonist Shaun. When all hell breaks loose, all he wants is to salvage his relationship and drink day and night in a pub. After a seeming downfall of the genre, Shaun of the Dead breathed originality in the category and brilliantly reinvented it.

Ever wondered where the concept of zombies eating brains came from? As far as the plot goes, given how it features a group of teenagers trying to deal with the aftermaths of an accidental mass corpse reanimation, The Return of the Living Dead doesn’t sound particularly impressive. It managed to stand out, however, by being the first movie to introduce brain-eating zombies. They also did it while accompanied by iconic punk and death rock music.

This British zombie flick refreshed the genre by shifting focus from carnage and gore to exploration of human nature, paying a lot of attention to the inner conflicts of the protagonist. A rage virus released from a lab turns the entirety of London into a land of the undead and our mail carrier main character must team up with other people in order to survive.

George A. Romero is the king of the zombie genre and his second movie in the category became instantly a cult classic. Starting from the simple premise of a group of people trying to survive the outside zombie outbreak by locking themselves inside a mall, Dawn of the Dead revolutionized the trope by inserting thoughtful social commentaries.

This film is the oldest on the list for a reason. Romero’s first undead flick set the standards for the zombie genre as we know it. Both a commercial and a critical success, Night of the Living Dead stands tall as one of horror’s greatest creations. Just like it’s follow-up, the movie brilliantly balances the thrills and scares of zombie apocalypse survival with deep social commentaries on issues such as racism.