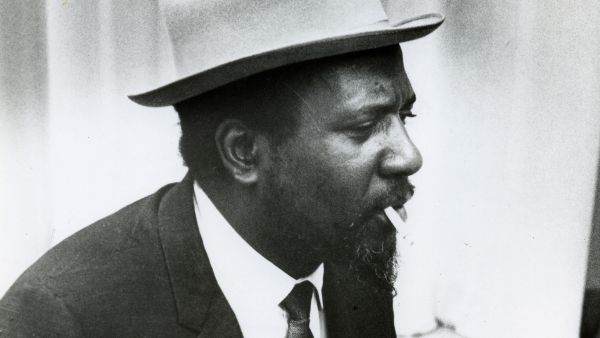 Around the end of the 19th century, a new form of musical art was emerging in America. Resulted from a mix between American and European classical music with slave folk songs and African tunes, it would later be known as jazz. Jazz was prevalent in the 20th century, during which it constantly bent and changed, something attributed to the many artists that were experimenting with the genre. With the help of these musicians, jazz was shaped up into what it is today – a soothing and genuine musical genre of great importance to American culture.

Needless to say, it was with the aid of those previously mentioned musicians that jazz was able to achieve its final form. And when you’re able to leave your mark on something as big as a musical genre, you aren’t anything less than a genius. Therefore, here are the Top 10 Jazz Artists the World Will Always Remember.

Undeniably the name associated most widely with jazz itself, Louis Armstrong redefined music. Born in a time when the scars of slavery were still deep, Armstrong’s childhood was full of poverty as a result of his grandparents’ status as slaves. This didn’t diminish his passion for music, as he grew to become one of the most influential jazz artists of all time. Thanks to his inventiveness, the trumpet, one of the instruments he played, was recognized as a standalone musical instrument.

Monk perfected a style of piano playing that has yet to be matched. This is majorly due to the fact that he was a master of improvisation, with many of his trademark elements (such as percussive attacks) being of a rather instinctual nature. Monk lived every note he played, his eccentric nature only helping popularize the uniqueness of his style. In fact, he would often stand up from the piano and break into various dance moves while the rest of his band continued playing.

Mingus was the definition of a jack-of-all-trades. While mostly known as the pioneering bass virtuoso, he was also a versed composer, bandleader, and pianist. He redefined the bebop and jazz genre through the creativity of his compositions, having received critical acclaim for his medium-sized ensembles. On the downside, Mingus was well known for being unpredictable and sometimes throwing temper tantrums on stage. An artist who refused to give up his musical integrity, he battled plenty of his own demons, such as clinical depression, but this can never underlie his artistic talent.

Nicknamed “Lady Day,” she is one of the most influential female figures in jazz history. Holiday was an actress, songwriter, and a singer though the biggest mark was left by her talents as the latter. She took inspiration from the musical instruments that accompany songs, managing to popularize a new style that changed the approaches on phrasing and tempo. Although she definitely didn’t have an impressive range per se, Holiday’s trademark was the intensity of her singing, which resulted in many haunting tunes, such as the critically acclaimed Strange Fruit.

Coltrane was the very definition of coolness. He was basically what Tobey McGuire was trying to achieve with his cringe-worthy dance scene from Spider-Man 3. Coltrane was a sax virtuoso able to craft strident sounds of extreme intensity, later defined as “sheets of sound.” Don’t think that this is all that he was able to play, though. He was able to pull off a smooth tune as well as a virtuoso one. He was also a composer, his ensembles helping redefine bebop by pioneering a personal modal harmony. Widely recognized as an icon of avant-garde jazz, Coltrane is also remembered for the impressive number of records released as a band leader – a grand total of fifty.

Although undeniably talented, Ellington’s long-lasting fame is also due to his tremendous charisma as a bandleader. Primarily performing jazz, he was also skilled in other fields such as gospel, soundtrack, blues, and classical. Jazz’s development as an art form can be majorly attributed to Ellington and his excellently creative use of his orchestra. Over the time, he was honored with a multitude of awards, including GRAMMYs, a Presidential Medal of Freedom, and a Pulitzer. Many succeeding jazz artists have taken inspiration from Ellington’s style, including the previously mentioned Thelonious Monk.

The simplicity of his nickname “Bird” doesn’t properly do justice to the impact Parker had in the world of jazz. An alto-saxophone player, composer, and bebop musician, he introduced an innovative harmonic chord which centered on complex chord progressions. It wasn’t just his skill as a musician that resulted in Bird forever changing all future jazz compositions, but also his mentality. He was one of the perpetrators of the idea that jazz musicians are artists and philosophers, not plain entertainers. Many artists of the future have tried to reproduce Parker’s style.

Davis was a figurehead in the 20th century, having been one of the contributors to the emergence of an impressive array of new genres, including bebop, hard bop, fusion, and techno music. His style was always changing, Davis becoming known for his ability to consequently reinvent himself and be featured alongside orchestras full of talented, young artists. Thanks to his considerable success, many future big names were catapulted to fame, including John Coltrane. Davis’ imprint on jazz music was rewarded with a multitude of awards, including GRAMMYs.

Other than being the central figure of one of the best concerts in American history, Goodman was also, ironically, a “good man.” He excelled as a musician, being one of the promoters of bebop and the one who received the title “King of Swing.” However, he was also an intense supporter of the Civil Rights Movement, managing deeds such as having an extremely racially diverse orchestra and refusing to tour the Southern States.

Like Louis Armstrong, Hawkins was also one of the artists responsible for turning a particular instrument into an integrated part of jazz and bebop, respectively. His inventiveness led to him taking approaches to the genre that no other contemporary has dared to. And, therefore, he managed to propel tenor saxophone to popularity, making it one of the staple instruments in jazz. Thanks to him, many great artists previously mentioned on this list were able to create impressive compositions using the foundation that has been laid out by him.

There are many other names worth mentioning, but we’ll just have to settle for the Top 10 Jazz Artists the World Will Always Remember. Whether it’s for the influence they had on the genre, their mastery, their personality, or all at once, there’s no doubt that these musicians were artists in the true sense of the word and that many generations to come will remember them.