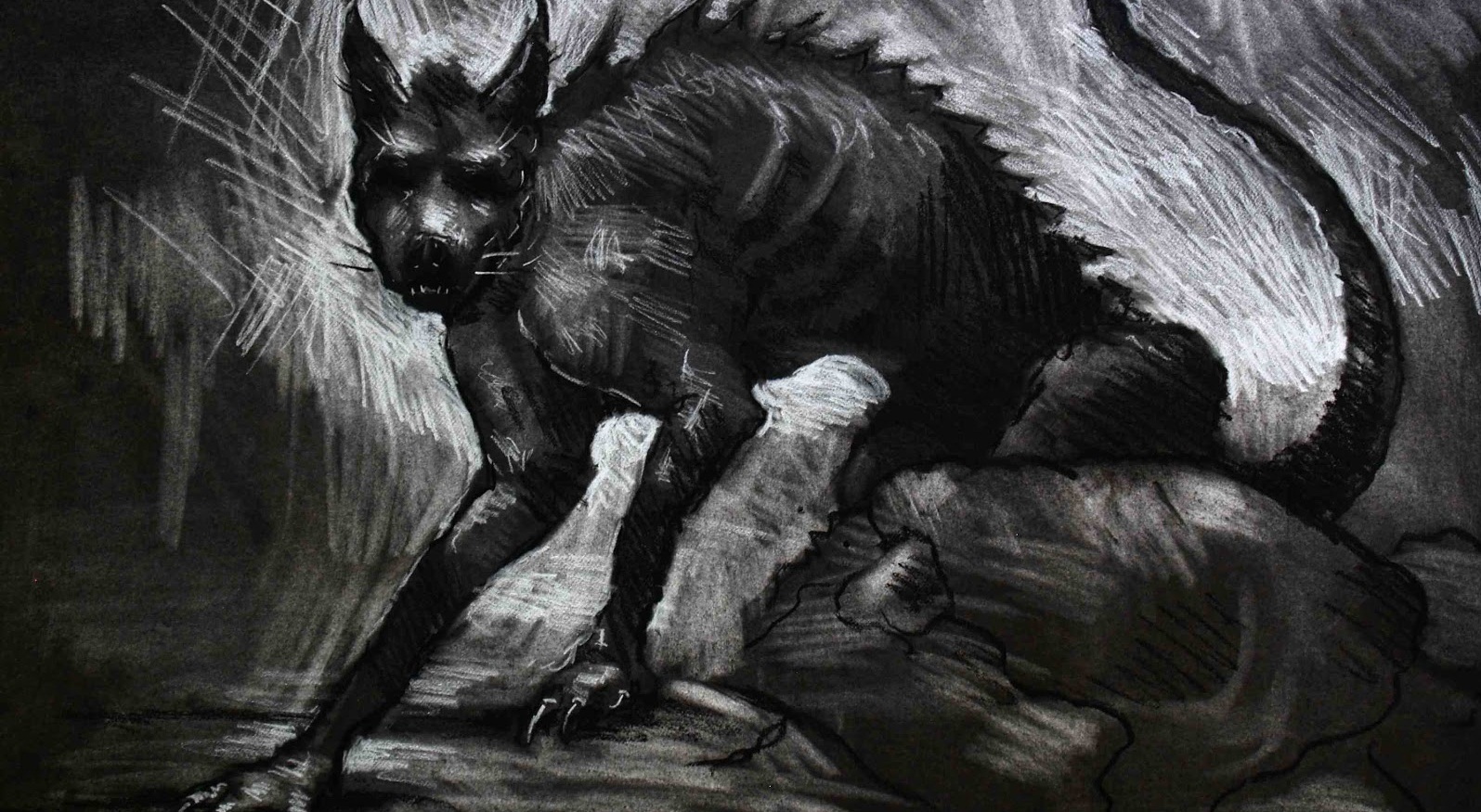 Today we will be making a top of the 10 most terrifying and mysterious creatures, which supposedly live on Earth. These bizarre beings have become the subject of movies, documentaries and nightmares because they defy logic and stimulate imagination. Whether or not they exist, we will probably never know, all we know is that some people claim that they have encountered them. Do you believe they exist, or are you the least bit interested in their story? If you are, then lets open our minds to the supernatural.

The myth of Sigbin was born in the Fillipines. People say that it is a vampire like creature which loves blood, and prays on its victims from the shadows. Its description is actually very scary and grotesque. It is said that the creature would walk backwards, with its head tilted down between the back legs, it has the power to become invisible and it has huge ears. Ancient tales also say that you could feel the Sigbin coming from a mile away due to its foul smell. Some stories talk about a monster which looks much like a reptilian, while others compare it to a fox-like creature which feeds on innocent children, and keeps their hearts as amulets. 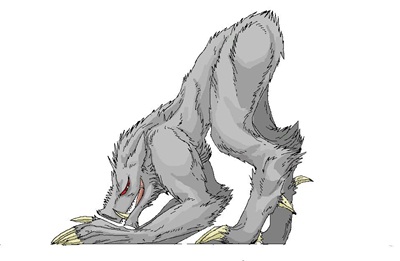 Reality: In 2005 scientists have uncovered a catlike carnivore fox in Borneo with the back legs longer than the front ones (this could be the explanation for the funny walk), a long tail, and short limbs which make it similar to the Sigbin. There is no conclusive evidence yet.

Chupacabra, popularly known as the Bigfoot of Latin America has been sighted a few times. Although these sightings date back to the 70’s, „the goat sucker” has become more popular in the last 20 years. This creature of modern urban legends supposedly lives in South America and feeds on the blood of livestock. Farmers say that they have suffered a great deal because of the Chupacabra, and they say that the animals killed had all their blood sucked out of them. They also say that the Chupacabra looks like a chimpanzee which can jump like a kangaroo, it has big red eyes, black skin and hairy limbs. Its long white teeth, like those of a vampire, enable it to suck blood, and its wings ( Yes.. some witnesses said it has wings ) help it run faster. If you ask me, the description fits that of an imp perfectly. While many believe that the Chupacabra is just a myth, some consider it to be a deadly and very real predator. 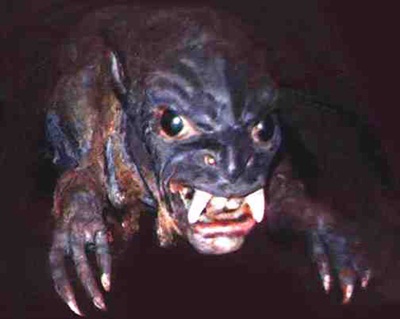 Reality: The Chupacabra is actually the Elmendorf Beast, a twenty-pound dog or coyote-like creature that was shot in 2004 after it killed 34 chickens. It seems that the coyotes, which fit the description perfectly were diseased, and in 2009, DNA studies proved that the Chupacabra is nothing more than a sick dog.

This weird creature was first sighted in the 19th century, in New Jersey. It is said it haunts the dense pine barrens of New Jersey, and it is considered an omen of disaster and death. It’s physical description is as follows: a two legged animal with hooves, wings, a bat and the head of a horse. The legend was born at the same time with „Mama Leeds”, which is a story about a local witch who summoned a devil while giving birth to her child. 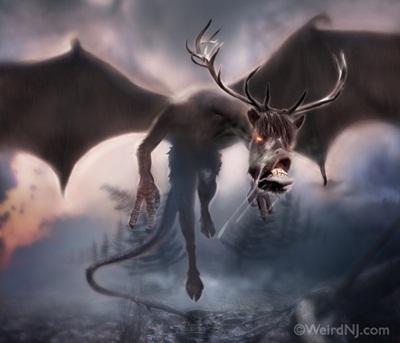 Reality: As faithful Christians we should fear the devil, but as intelligent human beings we should question our believes. Whether or not this creature is real is still uncertain.

The Dover Demon has been sighted 3 times in the city of Dover, Massachusetts. Due to its aspect, people still wonder if it is an alien or a demon. The witnesses, a couple of teenagers reported a strange creature moving on the side of a wall, which later wrapped itself around a tree. The being from their descriptions looks pretty much like a devil: it had 120 cm long legs, thick hairless skin, shinny huge eyes, and a big head in the shape of a melon  However, many describe it as a faceless monster, with no mouth or nose, which is weird because it makes sounds, a bloodcurdling howl like the shriek of a hawk combined with a snake’s rattle. 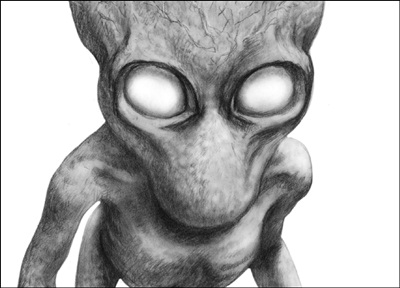 Reality: There is no scientific evidence to support the existence of the Jersey Devil, and because there was only one sighting reported, it is considered still a myth.

The goat-man is a hybrid animal that has a lot of human features, but the hooves, horns and fur of a goat. The creature looks a lot like a satyr from ancient Greek mythology. All in all, eye witnesses say that the demon is not just a myth, but a living, breathing, monster with foul intentions and a thirst for blood. Why are all of these mysterious creatures so bloodthirsty? Anyway, the Goatman is responsible for the death of 14 people, 12 children and two elderly people which ventured to close to its nest. The bodies, of course, unidentified, are said to have been brutally chopped and sliced. 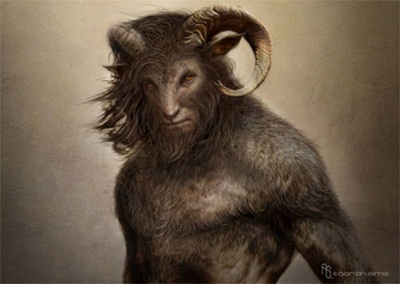 On December 10, 2010 BBC reported a photo sent by an anonymous hunter who took it with his deer cam in Louisiana. The picture became viral, and in no time everybody on the planet found out all about the Eerie monster, which is apparently a fast-moving, nocturnal creature that can swallow your soul with one backwards-sounding howl. 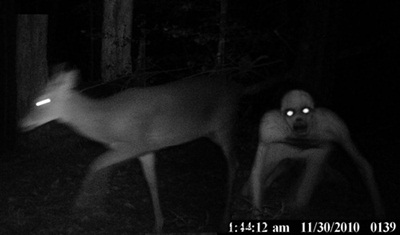 Creepy video related to this sighting.

Reality: Most people say that the photo was Photoshop  but if this is truly the case, then congratulations to the creator, because the creature looks so real and powerful that you feel like running for your life. Others say that it was a hoax made by a Playstation Company which wanted to promote its latest game : „Resistance 3”. The company posted on twitter: „Whoops.. looks like one got out. If you see a Grim on the loose.. please return to Insomniac games”. However, if this is the truth, then the poor guy is missing a few eyes.

The Loch Ness monster is supposedly an underwater creature which resides in the Loch Ness Lake in Scotland. It is without a doubt one of the most popular modern myths about monsters and the most studied fictional creature. Although there are no real evidences to prove its existence ( no skeletons, or live specimens were ever found ), for most it feels very real. The locals have called it „Nessie” and there is a couple which says that they’ve seen its silhouette on the lake. In 1934 a photo, depicting a dinosaur-like creature with a long neck was made public. This photo has led many to believe that Nessy is the only survivor of an ancient species of dinosaur, the Plesiosaur. 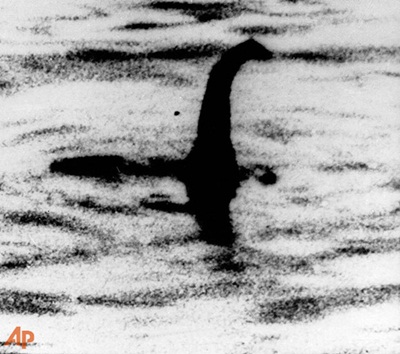 Reality: Scientists are not so eager to bust the myth of the Loch Ness Monster, and there are still some researchers who try to prove if Nessy is indeed real or not. A lot of studies in the 80’s and 90’s proved inconclusive.

Also known as the Big Foot or the Sasquatch, this huge creature roams the American, Russian and Canadian Mountains. It has been spotted on numerous occasions, in lonely forests all over the world. Witnesses say that it is a lot taller than the normal human, it has strong hands and feet, thick fur and a brown color. Yeti is not social, it doesn’t like people and it stinks. 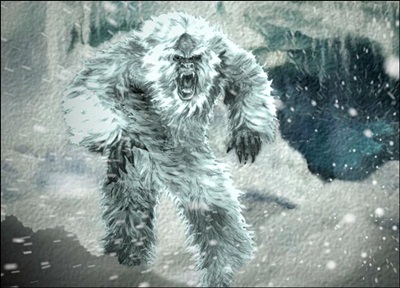 Reality: Although there is no conclusive scientific evidence, Big Foot has the most chances of being real because of its unmistakable trails. As people venture deeper and deeper into the mountains, the chances to encounter a Yeti ( because we believe that there are more of them ) increase. But what will scientists do if such a being really exists?

We’re not talking about emo glow in the sun Vampires like the ones from Twilight but about the real, cold hearted, obscure, dangerous and immortal creatures which feed on our blood. There is no evidence that this creature is real, but how can something which doesn’t exist inspire so many stories and movies? We already know that vampires avoid humans, except when it is feeding time, and that means that you will probably not survive an encounter. Also, they have the power to compel people ( as stated in most stories ), so even if we ever meet one, we will not remember. 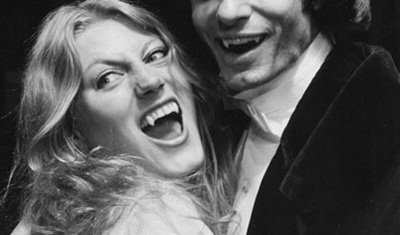 This creature was first sighted in 1955, and 30 years later it was seen again by citizens of the Loveland town, Ohio. The story is more believable because the sightings were reported by cops, on different occasions. The first policeman said that he encountered the lizard like creature on the side of the road. He saw the creature lift itself on both legs, like a frog. Thes lizard doesn’t seem dangerous however. It seems like it was more scared of the cop, than the cop was of it. 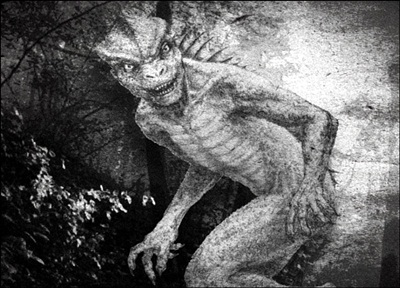 So here they are, the 10 most mysterious creatures in the world, but there are still a lot of modern urban myths which haven’t been uncovered. For skeptics they may seem mere imaginings, and for those not very strong of heart, a little overwhelming, but they are part of the world we live in, so we should at least know a few things about their questionable existence. 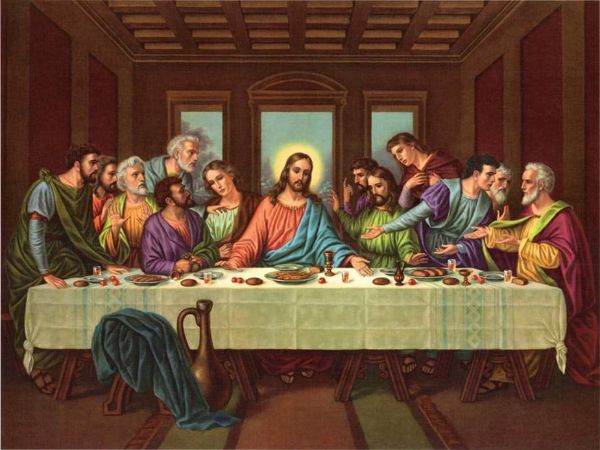