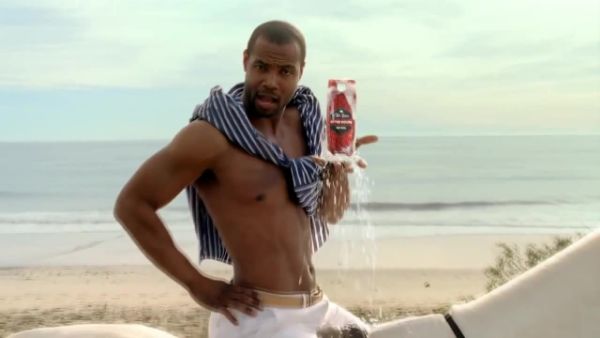 All top 10 Superbowl commercials have something in common: they embark the viewer on an emotional journey. Sometimes this can either mean tugging at our heartstrings or simply making us soundlessly laugh until we start wheezing. We love both of these.

The Superbowl is the viewership champion of the USA, with tens of millions of people tuning in to watch the iconic final confrontation between the NFC and AFC teams. Since companies pay big money in order to land a spot in-between the football broadcast, they better leave a lasting impression. They either make it to the Top 10 Superbowl Commercials of All Time or they get swallowed by the tides of time.

That’s not the case for the most memorable Superbowl commercials ever, as seen below.

Old Spice has an impressive track record of commercials with particularly brilliant writing and directions. However, this 2010 commercial might just take the cake for many if the 50+ million YouTube views are anything to go by. It’s short, it’s witty, it definitely catches your attention, and it’s not exactly difficult to look at either.

We all know Snickers’ slogan, right? According to them, “you’re not you when you’re hungry.” There have been plenty variations and reenactments that attempted to demonstrate this concept. However, our favorite might just be the one involving Betty White. Accordingly to the themes of the Superbowl, America’s Golden Girl is thrown into a football game with a very guy-like vocabulary.

To be in the top 10 Superbowl commercials, you don’t need to produce just witty and hilarious advertisements. Coca Cola really tugged at our heartstrings when it created a commercial featuring a 9-year-old and Steelers star Joe Greene. In this 60-second commercial, the kid approaches a disheartened Greene, whom he admires, and puts a bright smile on his face by offering his Coke.

Taco Bell’s commercial for the 2013 Superbowl shows us that your age doesn’t matter as long as your heart is still young. Appropriately doubled “Viva Young,” this ad features a group of wild members of a retirement house partying the night away. Their deeds involve everything from clubbing, hooking up, getting tattoos, and, of course, stopping for a bite at Taco Bell.

The Apple Macintosh was introduced to the world through an eerie and extremely well-produced commercial. Directed by Ridley Scott of Gladiator, the ad paid tribute to George Orwell’s iconic novel, 1984. It featured a bunch of robotic-like humans as they listened to the extremely over-the-top, yet effective, description of the upcoming Macintosh.

While Apple was doing Orwell-like societies, Wendy’s decided that THEIR commercial was going to feature bickering old ladies. When faced with a hamburger that was 90% bun with barely any meat, they memorably inquired, “Where’s the beef?!” If you’ve heard this saying before, you have Wendy’s to thank for it.

What’s one guaranteed way to really get to the heart of a huge audience such as the one watching the Superbowl? Throw some puppies in! Budweiser told a story through its commercial, which featured a Golden Retriever pup’s unbreakable bond with a neighbor’s horse. If you tell a story and you tell it right, you’re worthy of having one of the top 10 Superbowl commercials of all time.

Alright, back to goofs and laughs. Doritos really stretched our sense of disbelief when they had a wheelchair-bound granny slingshot a baby to steal a bag of Doritos. But, hey, the kid who had the bag snatched from him totally deserved it, so who cares at this point, really? The sense of satisfaction was too strong.

Oh, come on, Budweiser! Not again! The same adorable puppy from last year shows up again in this commercial. This time around, however, it features the pooch’s journey back home after getting lost. The ad is a wild ride from start to finish and it perfectly showcases the dedication of both dogs and horses. Animal lovers, stock up on tissues.

To show that karma really exists, Coca Cola created this found-footage-like clip that showcases a Coca Cola delivery man “cheating” on the brand with, you guessed it, Pepsi. The commercial has no words, but with a single-angle camera and some background music, it manages to tell a whole story.