Maxim’s hot 100 is one of the most important tops in the world, concerning beauty. Feminine beauty, that is. Famous women all want to get a place in the top, in the first 10, if possible. According to Maxim, this year’s hottest woman is Rosie Huntington-Whiteley, a model who recently made her first steps into the world of Hollywood. Here is the list of the 10 sexiest women in the world, as ranked in Maxim’s 2011 Hot 100. Enjoy! 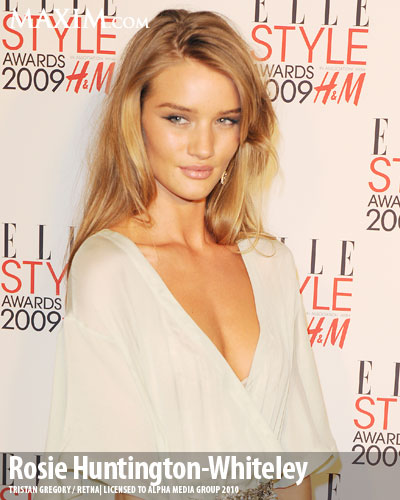 After the firing of Megan Fox from Transformers 3 (or her voluntarily quit, if you chose to believe the opposite story) another unbelievable beauty took her place and made all of us go ‘youpiiii’ when hearing the news. Rosie Hunington-Whiteley is an English model –and now actress- with a pretentious name and an impressive career, as one of the angels of Victoria’s Secret. She was probably chosen for this role on three main criteria: hot, hot, hot. However, her performance was decent too. We see her now ranking first in this year’s Maxim Hot 100 and we expect great things from her in the future too. 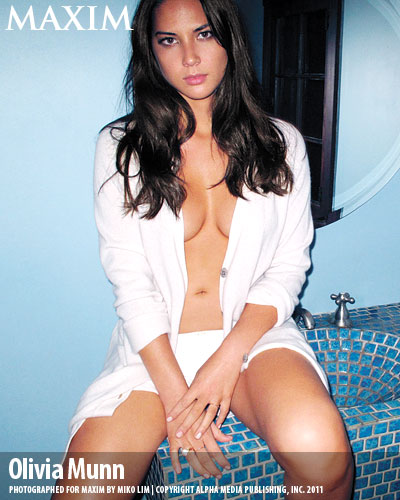 She is not only a beautiful woman but an accomplished one too. She is a comic actress (soon to play in ‘I don’t know How She Does It’ together with Sarah Jessica Parker), an author, a model as well as a TV personality. In an interview for Maxim, she confesses that she was really excited that she climbed so high in their top, adding that ‘as a woman, it’s nice to feel sexy and I wanted to show something different: that you can be sexy and smart and a 2011 woman’. Good for her! 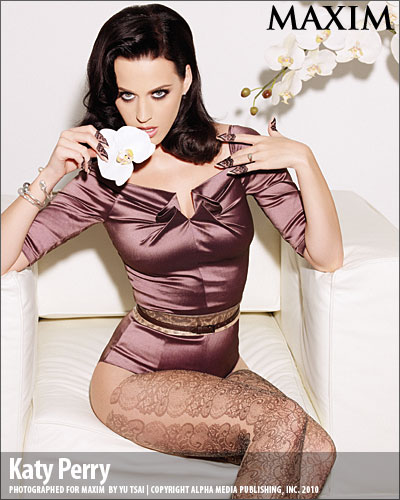 Katy Perry is an Amerian singer, song writer and actress. She was raised by Christian pastor parents and grew up listening to gospel music. Her first attempts as a singer were unsuccessful. However, she gained appreciation with the release of her second single, ‘I kissed a girl’,  in 2008. This song opened the road for success and there was nothing to stop her from now on. In 2011, she will appear in the upcoming animation ‘The smurfs’, borrowing her voice to Smurfette. 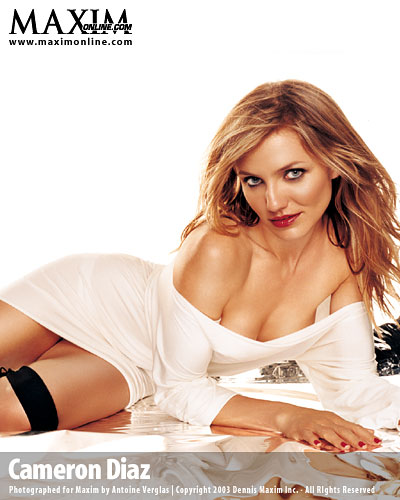 The woman with the most charming smile ever, Cameron Diaz is probably on everybody’s top 10. She is a former model and a famous actress, who gains no less than 20million $ on each movie. We love her for her beautiful face, for the way she plays comedy and for her sexy body. At 39 years old, Cameron Diaz did not lose any bit  of her tones of sex appeal. There is no wonder that she ranks 4 on the world’s most reputed top featuring beautiful women. Her latest movie, ‘Bad Teacher’ has just been released. Enjoy! 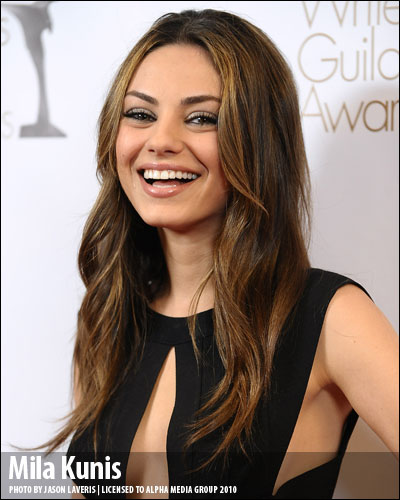 In case you forgot where you know this hot lady from, here are some clues: The Book of Eli, and the Black Swan, where she played the role of an awesome ballerina. Her plié was well executed but her hot scenes turned us all (if we weren’t already) into Mila Kunis fans.  Maxim’s Hot 100 List ranks her 5th, and it is for a good reason: this Ukrainian actress has a really sexy body and a really sweet face. Few days ago a marine stationed in Afghanistan invited her to a ball and she surprisingly said yes. Don’t you hate that guy? 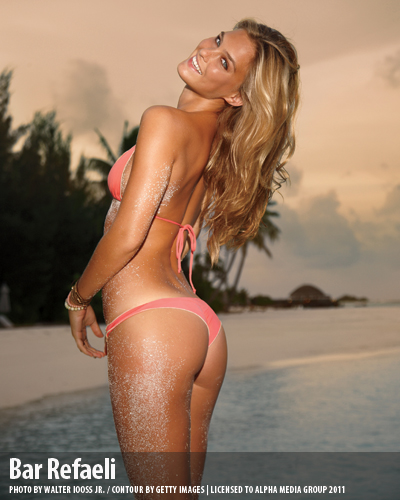 This Israeli supermodel is renowned not only for her modelling career but for her relationship with Leonardo Di Caprio as well. 2011 is not only the year she ranked 6th on Maxim’s Hot 100, but it also marked the release of her first movie, a psychological thriller that tells the story of a manipulative psychologist who becomes obsessed with a new young patient. Can’t wait to see her acting! 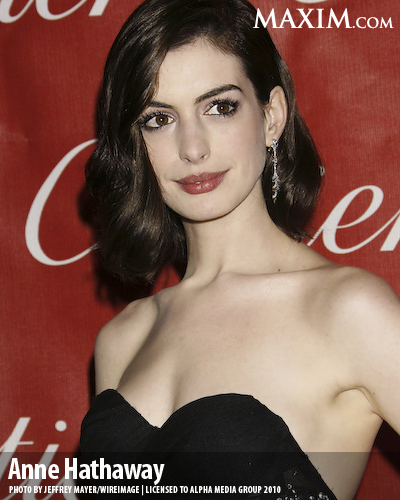 We all witnessed Ann Hathaway’s evolution from kids movies ( ‘The Princess Bride’) to more mature roles, such as the ones in ‘Havoc’ and ‘Brokeback Mountain’ which featured a barely necked Anne Hathaway, to the delight of her male fans. We most recently admired her performing as the White Queen, in the box office movie ‘Alice in Wonderland’. 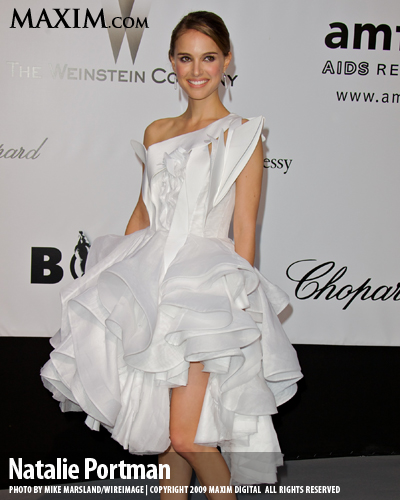 Another Israeli beauty, Natalie Portman is a famous actress who gain acknowledgement through great roles such as Padmé Amidala (‘Star Wars’), Sara (‘Cold Mountain’), Nina (‘Black Swan’) Emma (‘No Strings Attached’) or Jane Foster (‘Thor’). This year, she is among the sexiest women on Earth, according to Maxim’s Hot 100, raniking 8th on the list. They made a wise pick, don’t you agree? 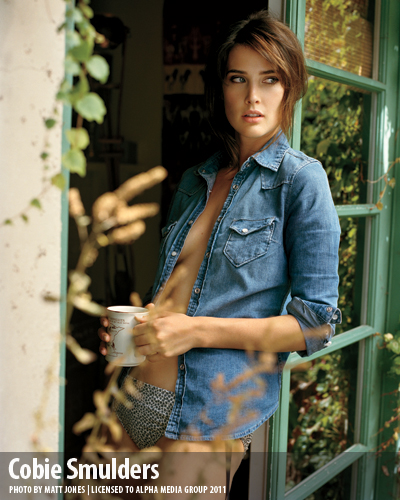 She is a former model and a present day actress, best known for her role as Robin in the CBS TV series, ‘How I Met Your Mother’.  This beautiful lady of  German and British origins was recently cast as catsuit-clad Maria Hill in ‘The Avengers’. Cobie told Maxim that she is ‘hoping to start a lesbian relationship with Lily on the show’. This will sure transform many men in fervent fans of the show. 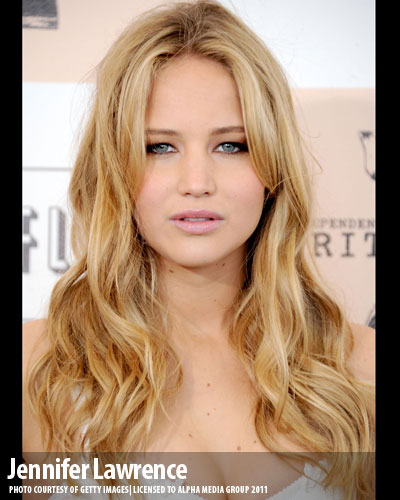 The list of the 10 most sexiest women in the world, in Maxim’s top 100 concludes with beautiful Jennifer Laurence. She is an American film and television actress. According to her own words, she is a true tomboy, claiming she went through an outdoorsy “wood-chopping phase” as a child.In her last movie, ‘X-Men: First Class’, Jennifer plays the role of Mystique, a blue, nacked mutant.