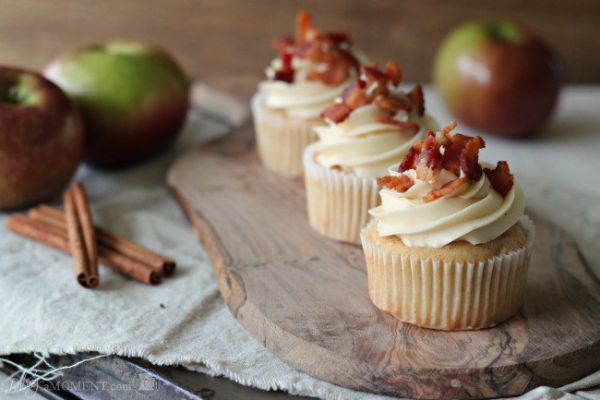 Want to know how to cook bacon? As we all must know by now, bacon is a national treasure. It’s really difficult to resist the temptation of the crispy texture and the unmistakable saltiness that constantly reel us in and leave us wanting for more. Surely, if we could help it, we would know no limit to bacon consumption and the government would need to design some special hospitals for those who can’t shrug off their love for this particular wondrous aliment.

But, fear not, this article is doing the complete opposite to discouraging bacon consumption! In fact, we’re here to help get those creative gears going by providing to you some truly unique ways to prepare bacon and some amazingly creative recipes.

What’s better than tacos? Bacon tacos, of course! We know that making taco shells from scratch isn’t something that most Mexican food enthusiasts want to go through, especially given how most premade ones are satisfying enough. But you might want to try learning because we guarantee you won’t be able to find bacon taco shells in your nearest corner store. The recipe is here.

Having trouble learning how to like sushi because the wrapping doesn’t look like something you’d enjoy? No need to worry. You can always replace it with something that you like. It might tarnish the original roots of the recipe, but, at the very least, you’ll be able to say that you managed to rewrite it. And, above all, you made something you enjoy! The recipe is here.

Let’s try for a moment to go in the direction of a slightly more traditional recipe. Not trying to say that breakfast burgers are that much of a common thing, but it’s surely a bit less of an odd ball than the rest of the entries on this list. The classic burger buns are now filled with delicious eggs, cheese, beef, and, of course, bacon. The recipe is here.

We’re not steering away from breakfast territory just yet. After all, as incredible of an addition bacon is to pretty much every recipe prepared for any time of the day, it’s still the best inclusion to any breakfast. Since we’re already rewritten burgers, take your chances with pizza and get your dose of energy through a unique bacon, egg, and cheese delight. The recipe is here.

Sounds like a really elaborate recipe for something that combines cupcakes with bacon, doesn’t it? True, it might still seem like we’re treading a foreign territory, but bacon muffins and, by default, cupcakes aren’t such novel concepts, anyway. Bring out an explosion of flavors through cupcakes topped with soft buttercream, syrupy maple, and crunchy bacon. The recipe is here.

Cookie dough truffles sound like an amazing thing all by themselves, but when you throw bacon into the mix, you are definitely bound to capture people’s attention. Enjoy the classy sweet delight known as truffles in a completely different way and pray that you won’t end up hooked. The recipe is here.

Alright, that’s enough bacon desserts for you. How about some guacamole? There are plenty of people who will make a serious claim out of the famous avocado paste being their favorite food, so you can only imagine the bonus earned from this recipe is they’re bacon fans too. The recipe is here.

We return to desserts if only for the fact that this particular recipe manages to involve more than simply tossing some bacon in a cupcake, cookie, or truffle. It’s an elaborate and interesting recipe to begin with, which involves some brandy, cinnamon, and marshmallows. Among all of these intricate ingredients, the bacon almost feels like it’s in the perfect place. The recipe is here.

Apple pie, bacon, grilled cheese – the holy triad of every proud American. If you’ve grown tired of eating them all separately, then this recipe is here to solve this issue by mashing them all together in a single dish. Moreover, there are many ways in which you can adjust it to fit your tastes. The recipe is here.

Last but not least, we provide a classic. Arguably the easiest to prepare recipe on this list, despite its number, it’s probably the best starting point if you wish to find out whether the bacon addition in your meals is something that you’ll actually like. The recipe is here.