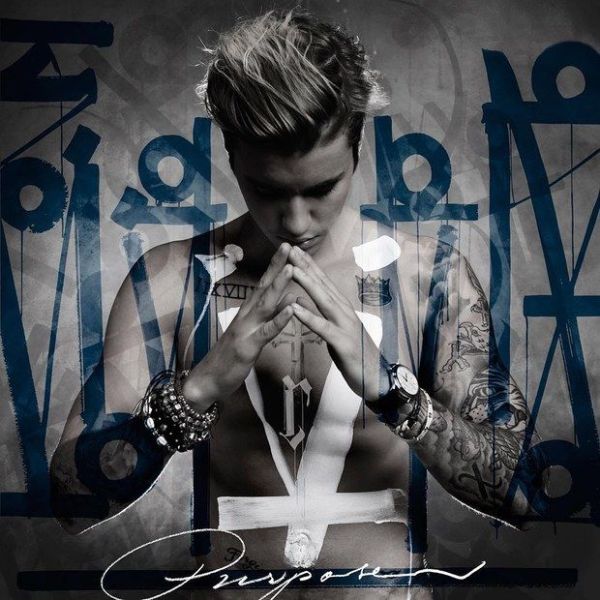 I feel like this list is going to be a personal attack on myself, and I don’t know if I like it or not. But you know what they say: the first step to solving a problem is admitting you have one, and I’m forced to concur. When I was in middle school, perhaps the most hip trend was to blatantly pour out all your loathing on anything that was popular, even if no one asked for your opinion. One of the most common victims of middle school millennial culture was, you guessed it, music. Whenever an artist is at the peak of their career, they undoubtedly start wearing an invisible target on their backs, for all of us to throw darts of bitterness into. However, it’s not always that we mean what we say, which is why some of us are publicly bashing an artist, and living a secret life of listening to their album under a blanket fort late at night, at the same time. Here are 10 Guilty Pleasure Music Albums that most people would rather not admit to liking.

It wasn’t until long ago when Justin Bieber was simultaneously seen as the messiah and pariah of music industry. For every teenager who would’ve given fifteen years worth of savings to pay a visit to every one of his concerts, there was a person who was consumed by the raging flames of poignant abhorrence. He may have had the most viewed video on YouTube once, but it also became the most disliked video in history. Basically, hating on Biebs was the coolest thing out there. But the wheel keeps turning, which is why many haters were forced to tearfully choke down their cyberbullying when Bieber released his newest album, Purpose. And you know what? People liked it. It’s clear that Biebs went through a major sound makeover and, unlike many other artists who have attempted a similar thing, he came through successful. Here’s a good life lesson: if Justin Bieber can make such a good come back, anyone can.

Coldplay is a musical enigma. The band is insanely successful and a Grammy regular, but you’d have better chances finding a needle in a pile of hay than finding someone to admit that they’re a Coldplay fan. No one likes them, but at the same time no one hates them. So where does all of their success come from? The only logical explanation is that everyone listens to their albums in the secrecy of an isolated panic room, and then never talk about it. I’m pretty sure that even if you go to a Coldplay concert, you still won’t be able to find a Coldplay fan.

Taylor Swift is basically the female equivalent of Justin Bieber, as far as being the victim of endless loops of “fashionable” hatred goes. She was popular at first, sure, but the moment she started to ascend even higher towards stardom, she started being ridiculed for her tendency to only write songs about her exes. 1989 was where Taylor turned her image upside down and conquered musical tops with songs like Shake It Off, Blank Space and Bad Blood. Who keeps letting these artists change their sounds and personas? It’s making it difficult for haters to be consistent.

We’re starting to drift away from the world of modern 10’s music, and we’re now going to pay a visit to the past. There are some artists that we so strongly associate with our middle school years, that we need to sit down and ask ourselves how did it go that far. Avril is one of them and, although nowadays she’s been endlessly crushing and burning, there was a time when she was the queen of sk8er bois and pink hair streaks.

5. Nickelback, Silver Side Up

If there ever was a band you might risk having thrown rocks at you for liking, it’s Nickelback. No one knows when the hatred began, but the hole has been dug so deep down that in decades to come, Nickelback will be referred to as a brainwashing musical calamity and it will be banned by the law. Despite that, they’ve somehow managed to sell over fifty million album copies. I’m guessing all of their buyers gather with the Coldplay fans in the secret dungeon to listen to their music, then never talk about it again.

6. My Chemical Romance, The Black Parade

Okay, for this one I can speak from experience. For the most part, My Chemical Romance has great music and it remains today a pillar for the ascension to popularity of the punk-pop genre. And there is no doubt that they have a very passionate fanbase (or, well, had; too soon, isn’t it?), but many people won’t ever admit to liking MCR, unless perhaps ironically. This is mostly because their music, The Black Parade specifically, was basically an anthem of the emo trend, and some things are better left off buried deep in the Pandora’s Box of cringe worthy memories.

We conclude our list of musical artists who boosted up eyeliner sales during mid 2000’s with Green Day, and their ultra popular American Idiot. While well received at first, many people started pointing fingers and claiming that the album was basically a sell out. Even though some consider that their songs are now outdated and that liking American Idiot in 2018 is pretty much bad taste, I can vouch that there is at least one song off the album that will make you sing along from the top of your lungs.

Our last section of the list has something to do with those albums that you refuse to admit you like because they’re so sickeningly sweet that you feel a rise in your glucose levels. In this case, though, I’d say the Spice Girls hate mostly has to do with the fact that this is a 90’s album. No one will be ever caught saying they like 90’s music.

Ah, yes, the band with the fireflies and the upbeat, optimistic tune. What’s people’s beef against them? Maybe it’s just that. According to some, music isn’t allowed to be naive and sweet sounding, which is why the strife loving barbaric instincts inside urge us to not like Owl City and their honey coated songs. Their over 150 million YouTube views come from all those fireflies, not from us, no.

No matter how popular Disney movies are, there is still this stigma around cartoons that only children must enjoy them, and that adults are supposed to be left with movies about tax paying and mortgages. Obviously, Disney is timeless, as well as ageless, but some people still think that claiming you like a Disney song is basically the equivalent of ripping your dignity out and flinging into the sun. Let’s stop pretending, guys.

Are you guilty of secretly enjoying any of these albums? Well, you probably won’t admit to it either way. After all, this was the purpose of this 10 Guilty Pleasure Music Albums – some of us may enjoy them, but we won’t ever admit it.