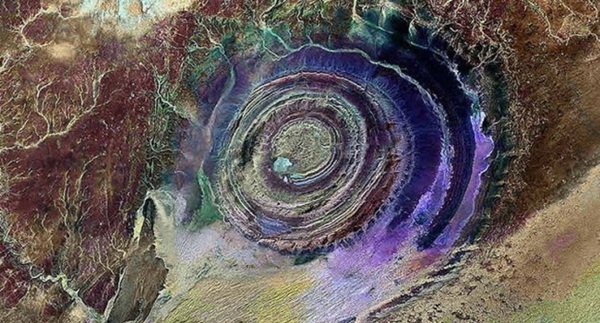 We live all our lives on this wonderful Planet, but sadly we don’t have the chance to revel in all of its beauties, and we also know little things about it. We know that the Earth is a spherical planet, by following the cycle between day and night, we also know that there are a lot of phenomenon which happen because of exterior forces. After thousands of years of studies we managed to understand more about the mysteries of the universe and galaxies, but when it comes to the secrets of Terra, we are still in the dark. Here are 10 unusual things you didn’t know about the blue planet.

„Van Allen” is a plasmatic field which surrounds the Earth, and it is made up of electric charged particles held together by the magnetic field. During the Apollo missions, astronauts were exposed to the Van Allen field, and it seems that because of this the risk of cancer increased five times in their case. Because of this, a nuclear test called Starfish Prime was conducted. It created an artificial belt of radiations which damaged or destroyed one third of the orbiting satellites. This is probably what would have happened to all satellites if they came into contact with Van Allen.

It took 25 years of studies and measurements for scientists to determine that the Moon’s orbit is slowly expanding, and its natural satellite, Earth, is distancing itself from it. To be more precise, the Moon is putting 4 centimeters between itself and the blue planet, every year, and it seems that it will continue to do so until it the Sun will become a red giant. When this happens, both Moon and Earth will become affected by the Sun’s power and will come closer together. 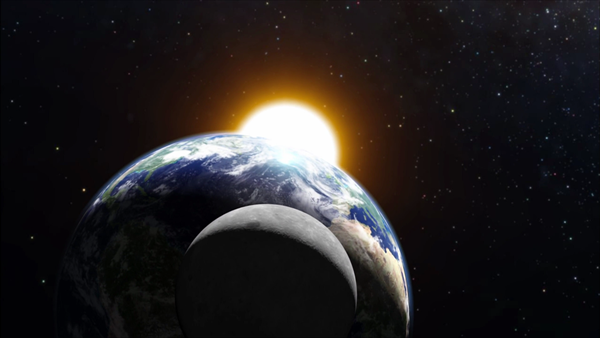 When we say extraterrestrial, we literally mean extra terrestrial materials like dust or rocks which come from outer space. Scientists say that 30.000 tons of interplanetary dust touch the surface of the Earth every year. This is because of the many asteroids which can be found near the sun, Mars and Jupiter. Some rocks become „falling stars”, but the smaller objects are captured by Earth’s atmosphere and land on the soil.

This theory is a long-shot, but we think it is worth mentioning. It is said that because of inversion of polarity, the North Magnetic Pole will become the South Magnetic Pole, and the South Magnetic Pole will become the North Magnetic Pole. During the last 160 million years there have been many such changes, and a complete inversion requires a few thousand years. Scientists say that this can have horrible effects on the planet ( like exposure to cosmic rays ). Sadly, specialists understand only so much of this phenomenon, but they think that the inversions are somehow related. While some happen over the period of thousands of years, some might occur in a short amount of time. 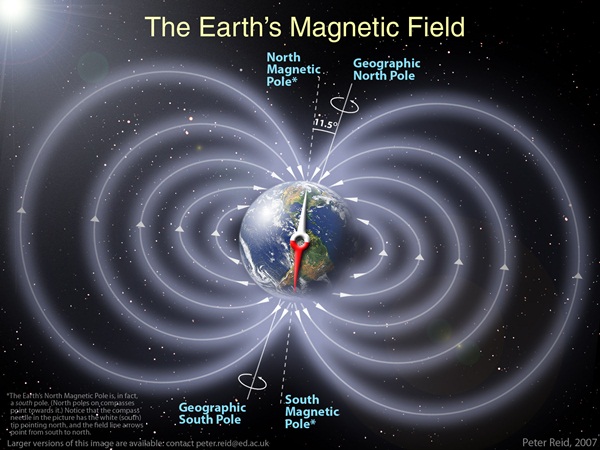 Enough about the Universe. Let’s focus a bit on what we can find on the surface of the Earth. Sahara’s Eye has fascinated scientists all over the world. This mysterious place was first discovered by astronauts, and it was initially thought that it is a meteorite crater. Later they realized that the landscape was formed due to natural phenomenon, more exactly a mountain which was affected by eolian erosion.

The Polar Aurora is without a doubt one of the most fascinating natural phenomenon on Earth, and it is actually an optical illusion which results from the reaction between several substances. People who live in the North Pole call it the „spirit dance”, and we can all agree that it is a marvelous sight. The phenomenon happens because oxygen ionization, and as a result the atmosphere becomes red or green. Moreover, the nitrogen becomes blue or red. This happens in the Ionosphere, 80 kilometers above the sea level. 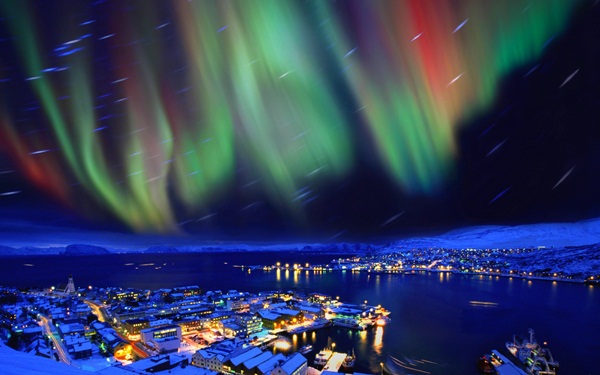 The Lake of Fire looks like it was taken out o another world and it is the perfect image of Hell. It is situated in the Erta Ale Volcano in Ethiopia, and while some are scared because of its demonic appearance, some are fascinated with it. The volcano is, obviously, still active, and it is 614 meters tall. 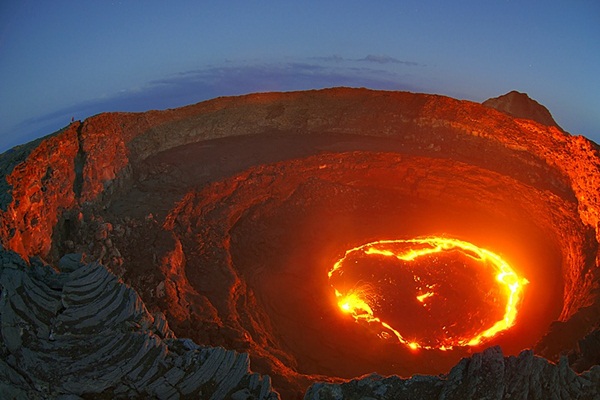 You probably already know what an earthquake feels like, and you if you don’t, you certainly know what devastating effects it can have, but we are sure that you haven’t heard of Moon Quakes until now. You cannot feel a moon quake unless you live on the moon, obviously, but it seems that moon quakes are directly related to tidal activity and the varying distance from the Earth. 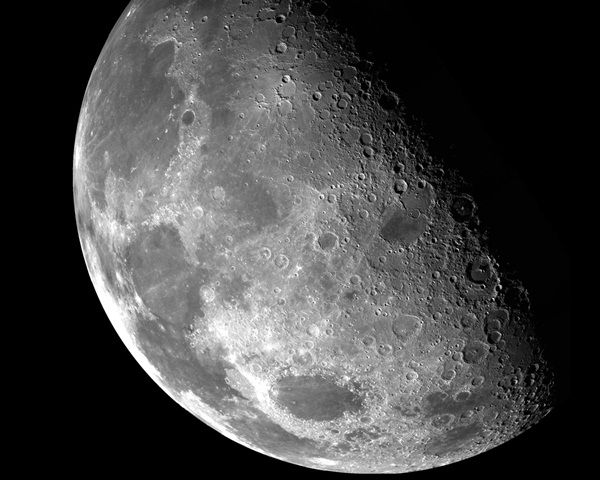 Surprisingly, the longest mountainous chain in the world can be found bellow the surface of the water, and more exactly on the bottom of the oceans. It is also known as the Media-Oceanico ridge and it is approximately 65.000 km long. It stretches fro the Arctic Ocean to the Atlantic Ocean, it goes around Africa Asia and Australia and below the Pacific Ocean and it ends near North America. 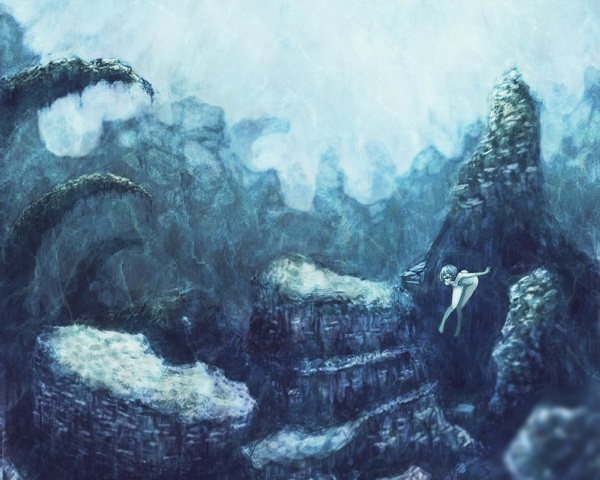 We already know that the Earth is a sphere, but we should also know that it is distributed unevenly. This means that the gravity isn’t the same on the entire Planet. In some places we feel heavier than in others, and it has nothing to do with the number of tacos we ate for dinner. Hudson Bay-Canada is a place were gravity behaves weirdly. Scientists say that it is the one place on Earth where gravity is extremely low. Although they have come with many explanations, the matter of gravity is still a mystery, and we would like to keep it that way. Some things are amazing because they cannot be explained. 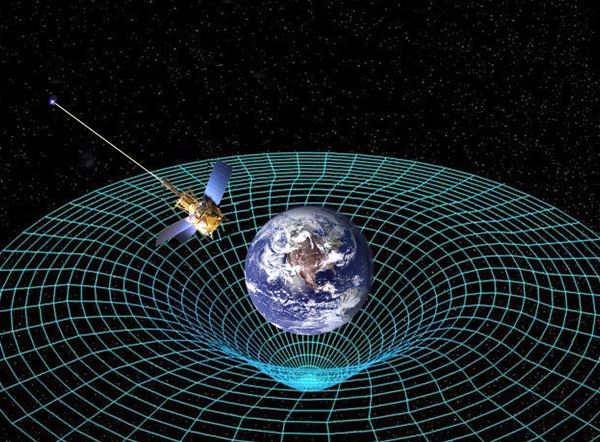