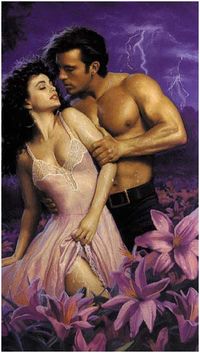 Best romance novels that for sure will change your entire perspective on love and you will want their pages to never end.

Love, that one feeling we are all chasing our entire life. That one feeling we all wish to live at its fullest and die knowing you have loved with all your heart and soul. Many great love stories have been put on paper and turned into masterpiece novels.

Who can say no to a heart melting love story that stands for a magic that make us all believe that true love can move mountains. If you are interested in the best historical romance novels you have to give the following a try, some of them might even be considered one of the best romance novels of all time.

The love story written by Emily Bronte, is one of the heart breaking love story classics and takes us back to 1802 at the estate Wuthering Heights. The leading male character of this timeless love story, Heathcliff arrives to become best friends with his adoptive sister, Catherine on whom he had a crush on all his life. But something happens at the Heights that would change their lives for ever.

The opera written by Tolstoi can be literary called a soap opera. The action takes place in the highest ranked Russian society. Anna Karenina pays a visit to her brother Stiva, who lives in Moscow to help him save his marriage.

During her stay there she falls in love with Count Vronsky. Since she was married, Ana tries to fight her desires until she cannot resist anymore and leaves her husband, Alexei. She is denied the divorce and continues her life looking for acceptance in her new relationship. In a moment when things tense to much, Anna leaves Vronsky and you will have to read the book to find out what happens next.

Known as Jane Austen’s most famous novel Pride and Prejudice is worth every page and takes place in a historical time.Basically, Charles Bingley has just arrived in a new town and leased an estate together with his sisters and close friend Fitzwilliam Darcy who is known as a snob.

He is considered a catch by all the single women in town, due of course to his financial situation and good looks. His neighbour, Elisabeth Bennet finds Darcy’s ego repulsive. The resulting feisty situations between the two of them makes the whole action of the book.

4. The Hunchback of Notre Dame

The story of Victor Hugo, has the setting in the Paris of 1482, near the cathedral of Notre Dame. The story points out that true love comes from within, when Esmeralda a gypsy dancer is longed for by Quasimodo, a good hearted but deformed bell ringer. After receiving orders from Archdeacon Frollo, Quasimodo tries to kidnap Esmeralda but gets caught.

During the trial, Quasimodo is mocked by the public and Esmeralda feels sorry for him. Right after, she is blackmailed and given the life sentence for the murder of Phoebus, her crush. The day she was supposed to be sentenced she is saved from death by Quasimodo. But can true love see beyond his horrific physical appearance?

A more modern approach but with powerful love messages, the following novels prove that love is timeless and will always be amazing love stories to tell and live. Here are the books that can be put in the list of the best selling novels.

Nicholas Sparks has to be one of the most known romance author of our time. Many of his books could have made this list, but the one that tops them all is The Notebook. The love story between Noah and Allie has for sure changed the belief of what true love really means.

This book could be one of the most original and fantasy filled love story from the list. Henry travels in time and cannot control when he leaves or where he goes.His relationship with his wife Claire goes trough different stages, and even if their love seems to fail, how it evolves is something that is worth reading about.

This has to be one of the most touching love stories. After the death of her husband, Gerry, Holly feels like she doesn’t have the strength to go on anymore but she will discover that Gerry left her many notes before he died. With the help of his letters Holly learns that life and happiness go on.

One of the best selling contemporary romance series novels definitely has to be Twilight. The love story between Bella, a human and Edward a vampire, is full of drama and sacrifices, but love is worth all the fight, even if one of them is immortal.

If looking back to 2013, romance has been in the air as well. Take a look at some of the best romance novels of 2013.

Another fantasy vampire story. Qhuinn, a lonely vampire, rejected by his bloodline and aristocracy finally finds an identity as becoming one of the most brutal fighters in the war started against Lessening Society. Even if the possibility of having a family is within reach, his feels empty on the inside as his heart belongs to another.

Travis Maddox’s mother taught him to love hard and fight even harder. In the novel, in the life of Travis there are plenty of fast women, gambling and violence. Just when he thought he could not be defeated, Abby Abernathy changes his whole perspective.

BONUS: Entwined with You

Eva and Gideon have to face their past demons and accept the consequences of their desires. The moment Eva met Gideon she saw something inside him that she needed and she couldn’t resist it. She needed his presence as she needed her heart to beat.
Image Source: Ask Harriete, Books Revisited, Huffington Post, LitReactor, Great Illustrated Classics, Amazon, Meet Meat Mikes, daily life morsel, Wikipedia, good reads