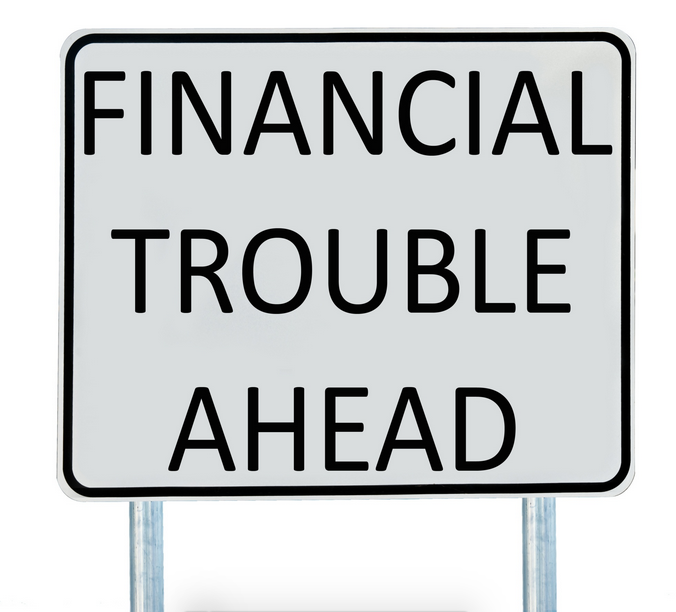 With as much credit card and student loan debt the average American has, it’s no wonder so many people have lost their homes to foreclosure. Some people may find it’s impossible to achieve financial equilibrium because of growing debt. Before seeing a credit counselor or financial coach, the financially challenged can take a hard look at their net worth statements to see if they are financially overextended. By recognizing the five red flags that indicate looming financial disaster, and speaking to financial planners in Los Angeles such as JSF Financial, it’s possible to avert disaster and make plans for the future.

Maxing Out the Credit Cards

One sign that a person has overextended themselves financially is having no available credit on their credit cards. People who are always transferring balances to avoid higher interest rates are also headed down a dangerous path. Market psychologists who study spending habits say people are more inclined to overspend when they use plastic. They may even view a credit card limit as a gap that must be closed by spending more.

Although owning a home is a good investment, paying PMI, or private mortgage insurance, is not helping homeowners build equity. PMI is essentially a fee for homeowners who don’t have at least 20 percent equity in their homes. If a person does not have the 20 percent down payment to buy a home, he or she would be overextended with the mortgage.

People who are dependent on their paychecks in order to survive are living on the financial edge. To overcome paycheck dependence, start saving at least 10 percent of any income, bonuses, tax return money or gifts. Most financial experts recommend an emergency fund that would cover at least 3 to 6 months of living expenses. Start with a $500 emergency fund while getting in the habit of saving money for the future.

When a person has to use a credit card to pay for groceries, medications or any other necessities of life, it’s a major red flag that they are financially overextending themselves. It’s normal to have a variety of bills and expenses every month, but everyone should aim to have at least 30 percent of their income left for discretionary purchases. When 100 percent of the income is already claimed for paying bills, a bankruptcy and foreclosure may be the only solutions.

Some people are tempted to take a loan from their 401(k) because they feel like they would be paying themselves back with interest. However, borrowing from a 401(k), taking pay day advances or being required to pay early withdrawal penalties from a retirement account are all major red flags of a personal financial cliff.

To balance a family budget, increase the income coming into the household and don’t make any new purchases using credit cards. While it’s admirable to practice financial austerity, most people get burned out with frugal fatigue syndrome. It’s better to look for alternative ways to boost the household income while not simultaneously increasing debt.

What Is a Phlebotomist? Here Are 10 Things You Should Know

20 Most Powerful Passports And How To Get Them