Quick Navigation
INTRODUCTION
WHAT ARE THE MOST UNIQUE VIOLINS IN HISTORY?
WHAT OTHER VIOLINS HAVE COME CLOSE TO HOLDING THE TITLE TODAY?
WHAT IS THE HISTORY OF THE MOST EXPENSIVE VIOLIN EVER?
CONCLUSION

No other instrument has seen as much of a rapid increase in resale value as violins have. The most expensive violin ever sold is by itself a staggering purchase. And the others that have held the title before it, have their own unique and fascinating histories. After all, it's about more than just the item's value at first glance when it comes to how much it will sell for.

WHOSE RELICS ARE THEY ANYWAY?

Famous artifact finder Indiana Jones might say that these incredible items 'belong in a museum' because their rich stories should be available for all to see. But in the complex world of auction house giants and the people who do business with them, everything has its price.

Image by Ylanite Koppens via Pexels

It's true that some museums have dedicated sections for musical instruments that are centuries old, like the Metropolitan Museum of Art in New York City. But even those items, before they ended up behind museum glass, most likely wound their way through a series of private owners that cherished their legends for as long as they felt it was right to.

Some of the most famous compositions in music history have been composed for the violin. And with these famous pieces of music have emerged people who've become famous for interpreting them. Even famous theoretical physicist Albert Einstein was noted for playing the violin recreationally to unwind and clear his head. And a violin which belonged to him isn't even close to the most expensive violin ever sold.

WHAT ARE THE MOST UNIQUE VIOLINS IN HISTORY?

The stories of the most expensive violins are ripe with both mystery and intrigue. Ultimately the final dollar value comes from many more factors than just the story. Classic elements like condition, previous owners and evidence of authenticity have a part to play.

FROM A SINKING SHIP

In 2013 a violin that was expected to sell for between 3 hundred and 4 hundred thousand ended up netting 1.6 million. The reason probably had something to do with the fact that the German-made violin was suspected to have been played by Wallace Hartley during a famous moment in history.

This man will forever be remembered as the leader of the band that continued to play while the Titanic made its long and tragic descent into the sea. It was thought to have been lost for decades until it emerged in the attic of Wallace's widow, who survived the catastrophe. In addition to the sale of the violin, the initialed suitcase that supposedly helped preserve it was also sold.

Although the violin was initially German made, those that have examined it closely believe that the German maker so admired the Italian style that before it was finished it was given the label/name: Giovan Paolo Maggini Brescia to pay tribute to Italy's rich violin making tradition.

The violin went on tour. Stopping in places like Branson, MO and Pigeon Forge, TN, its journey had it billed as 'the most valuable piece of Titanic memorabilia.' It's taken seven years and thousands of dollars worth of research and forensic investigation to certify the legitimacy of the claim. But on the other side of all this work has come an official certification. Still, skeptics remain.

Some argue that with the conditions of the North Atlantic during the time of the sinking, there is absolutely no possible way the violin could have survived in any kind of recognizable condition. But to the present owner, the legend, whether true or false, is worth the price.

Image by Simon Leonardo via Pexels

In another sale that ended up going for five times its initial value, a violin once played by the legendary Albert Einstein ended up sailing past the half-million threshold to top out at 516,500 dollars. 'I live my daydreams in music' Einstein once said. And now the dreams of owning this piece have become a reality for this Einstein acolyte.

Sharing its title with the François Girard film of the same name (about the instrument's history), it broke the record for most expensive violin ever sold in 1990. Astonishingly, this red-hued Stradivarius was created in 1720 and had vanished before resurfacing in Berlin in the 1930s.

The Pitcairn family who bought it then put it in the care of 16-year-old Elizabeth Pitcairn, the granddaughter of the family patriarch, who was most influential in the initial record-breaking purchase.

WHAT OTHER VIOLINS HAVE COME CLOSE TO HOLDING THE TITLE TODAY?

In recent years there have been many more violins that have held the title of 'most expensive violin ever sold.' And it seems that the most consequential price-determining factors have been two main categories. The first is who owned the violin. Often the owner of the top dollar instrument was revered in their own right and the future buyer wanted a piece of that glory.

Image by Pixabay via Pexels

The other category is the age of the violin and who the maker was. There's a reason that Stradivarius violins consistently occupy all the top spots on the 'most expensive violin' list.

One of the oldest to circulate, this violin was originally finished in 1705 and began a long history of exceptional masterpieces to follow. It gets its name from Baron Friedrich Heinrich von Freidrich von der Leyen, a wealthy textile merchant that owned several other of Stradivarius violins during his life from 1769 to 1825.

It was recently bought in 2012 at a Tarisio auction. The same Tarisio that had sold the most expensive violin ever (and number one on the list) less than a year prior.

This 'late' violin from 1729 is from the 'Mature' Stradivarius period. It gets its title from its two owners, the first being Dorothy Lambert, a British soloist from the 1920s-30s. The second owner was the co-founder of Vanguard Records: Seymour Solomon. In 2007 it was sold to an anonymous buyer for 2 million Euros.

This famous violin was part of Antonio Stradivari's 'Golden Age' and was finished in 1709. Named for its shape and superior sound its value grew by leaps and bounds until it finally sold in May 2016 for 3.54 million dollars to another anonymous bidder. It had previously belonged to the Nippon Music Foundation, who'd been loaning it to violinist, Kyoko Takezawa.

This violin, so-titled for the family name if its longest owners, was rumored to have at one point belonged to Napoleon Bonaparte. These rumblings might have some truth, because it definitely passed through the hands of Juliette Récamier, a prominent socialite close to the famous general. 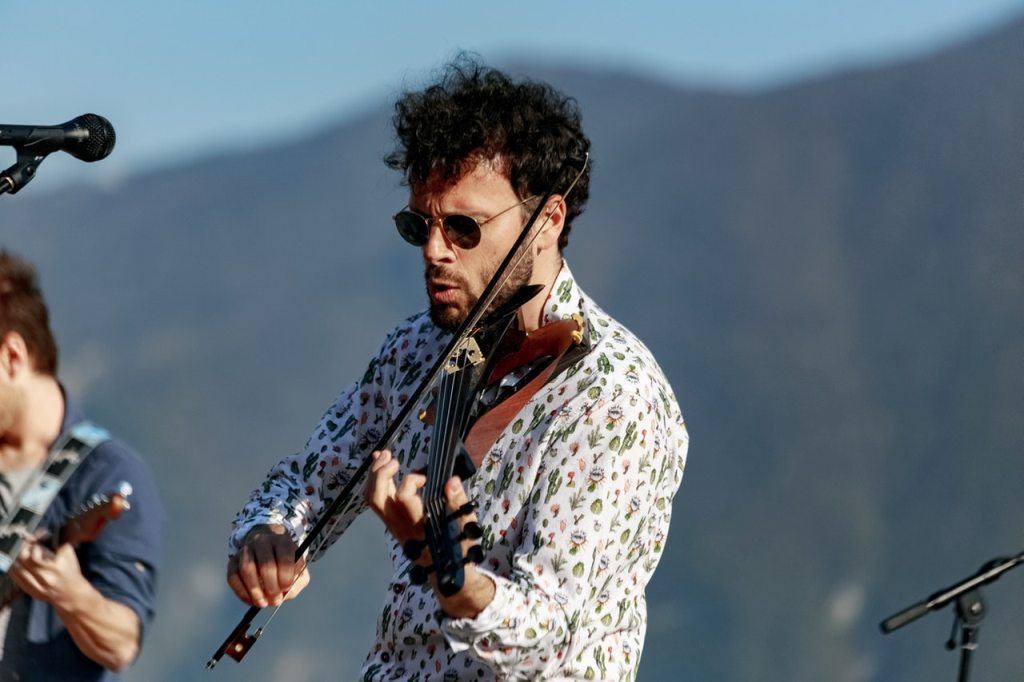 Image by Oleg Magni via Pexels

It eventually made its way through the hands of other French generals and onto the Molitor family in 1804 and was passed down in that family for over 100 years. It changed hands many times throughout the 20th century until American violinist Elmar Oliveira traded it to Albert Stern for his 'Lady Stretton' another famous violin made by Guarneri de Gesu.

It was finally sold to Anne Akiko Mayers in 2010, who plays this along with other multi-million dollar violins that she borrows frequently from other owners.

WHAT IS THE HISTORY OF THE MOST EXPENSIVE VIOLIN EVER?

Which brings us to number one. The most expensive violin ever sold. The funny thing about this legendary Stradivarius is that as recently as 1971, it sold at Sotheby's for a mere £84,000, which shows just how much its value grew in 40 years. In 2011, it was put up for auction again to help raise funds for the Japanese earthquakes and subsequent natural disasters.

This mammoth price tag ended up raking in over 12 million dollars that ultimately went toward disaster relief in Japan. But it wasn't pure philanthropy that propelled the item into the stratosphere. It's arguably one of the best preserved Stradivarius violins there is. And on top of that, it was made in 1721 during his 'Golden Age.' 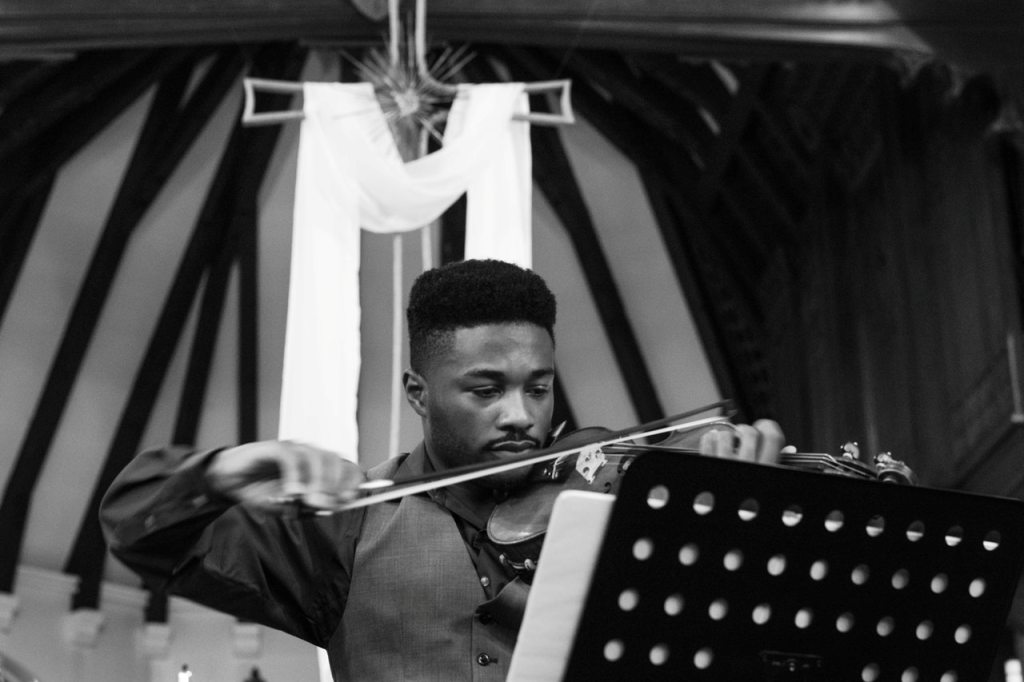 Image by Malcolm Garret via Pexels

It was intentionally preserved as it passed down through the generations. It even belonged at one point to Ada Lovelace, the daughter of Lord Byron (famous romantic poet). However, it gets its name from Ada's daughter, Lady Anne Blunt, whose name will be on this jewel of a violin until perhaps another one sells for more. Though based on the extraordinarily high selling price of this one, it's unlikely to happen any time soon.

So what makes a violin impressive to you? Is it the craftsmanship? The condition of the instrument? Or perhaps there's sentimental value. A violin doesn't have to be worth millions of dollars to hold a special place in your heart and soul.

Ultimately, the true value of these moving instruments is not in the price tag, but in the ephemeral notes that the seasoned master brings out of the gliding strings. Each pluck and swan dive into each crescendo and melody ultimately takes the listener on a journey that takes on a beauty all its own.