​Not all passports are created equal. Some allow their holders to travel more freely, entering countries without a separate visa or being eligible for an immediate visa upon arrival. You may be surprised by which countries have the most powerful passports, and by how easy or difficult these passports are to get.

20 Most Powerful Passports and How To Get Them 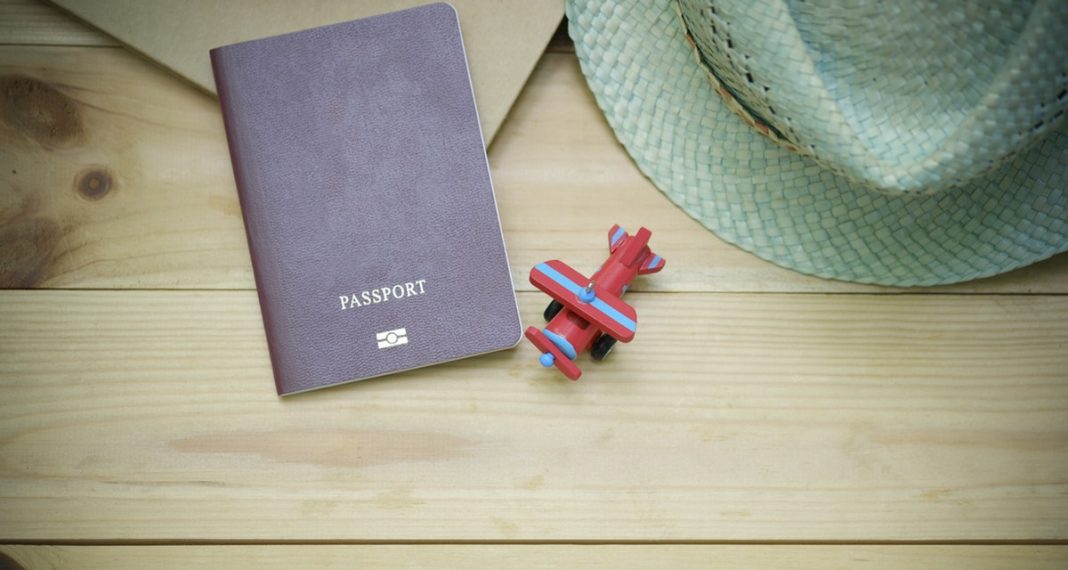 Your passport may be something you take for granted — a mere tool you use and show at the airport to get from point A to point B. But did you know that some passports carry with them more power and travel freedom than others?

Because of slight differences in methodology, the two passport indexes have small differences between them. Most notably, Henley acknowledges 218 countries and territories, whereas Arton only includes 199. We’ve used the Henley Passport Index here, but occasionally note where there is disagreement. Whichever methodology you use, though, there’s no doubt that these are the world’s most powerful passports.

For the fifth year running, Germany enjoys the top spot among the world’s most powerful passports, according to the Henley Passport Index. German passport-holding citizens are granted access to 177 countries without the need to acquire a visa beforehand. (Many of these countries allow Germans to enter visa-free, while others issue a visa upon arrival.)

To get a German passport, you must first become a German citizen. While the process to do this can vary depending on what part of Germany you’re in, the general eligibility requirements are the same. To become a naturalized citizen, you need to live in Germany for eight years and be able to speak German proficiently. If one or both of your parents had German citizenship at the time of your birth, you may be able to apply for citizenship without meeting these requirements. If you marry a German citizen, your path to citizenship is shortened to three years of residency rather than eight.

According to Arton’s Passport Index, Singapore holds the number one spot, whereas Germany is tied with Japan in third place.

Although Singapore may come in first according to Arton, it certainly still holds a prominent place on the Henley list as well, coming in as the second-most powerful passport in the world. Singaporean passport holders have access to 176 countries and territories without needing to obtain a visa before travel. Singapore moved up in the ranks when its citizens recently gained access to Paraguay without a visa application.

The third spot for the most powerful passports in the world is held by eight different countries, all tied. These passport holders have free travel access to 175 countries.

Denmark’s passport is available to Danish citizens. If you weren’t born in Denmark, there are still ways to become a Danish citizen through naturalization, but some of the requirements are complicated. Generally speaking, however, after you’ve lived in Denmark for nine years, you may be eligible as long as you’re debt-free and pass both a language and knowledge test.

Finnish citizenship isn’t easy, and it isn’t necessarily permanent. Although the country allows dual citizenship, if you become a citizen of another country and lose your ties to Finland, you lose your Finnish citizenship once you turn 22 years old. Nevertheless, if you want access to one of the most powerful passports in the world, your citizenship is necessary and can be achieved through naturalization if you’ve lived in the country for a certain number of years, have a job, are an upstanding adult, and know the language. There are some other ways to declare citizenship, so it’s best to contact the Finnish government for more specific information.

Becoming a citizen in France requires that you live there for five years legally, or two years if you’re completing higher education while in the country. Again, you’ll need to be proficient in the language and prove your ability to integrate into French society.

It’s challenging to become a citizen of Italy if you’re not the child, grandchild, or spouse of an Italian citizen. The residency requirements are a bit shorter if you’re a citizen of another European Union (EU) country, but if you’re from outside of Europe, you’ll need to live in the country for a decade before you’re eligible for citizenship. The paperwork is a bit daunting, and to achieve Italian citizenship, you usually need to give up any other citizenship you have. But it may well be worth it to you for the freedom of travel that comes with holding such a useful passport.

Japanese citizenship is fairly straightforward. Adults over the age of 20 who are financially stable and have lived in Japan for at least five years can become citizens as long as they agree to honor the country’s constitution and revoke other citizenship.

Wanting to take up citizenship in one of the Nordic countries? We don’t blame you. Known for their excellent healthcare and quality child services, both Sweden and Norway may seem like superior places to raise a family. To become a citizen, you need to live in the country (three years for Norway and five years for Sweden), be an upstanding person, and learn the language.

For British citizenship, you’ll also need to live in the country for five years and be of good character.

Tied for fourth place, Austria, Belgium, Luxembourg, the Netherlands, Spain, and Switzerland all have passports that give you access to 174 countries and territories without needing to go through a visa application process before travel. These six countries also happen to be among the most beautiful in Europe and come with many additional perks. Interestingly, Austria, Belgium, and Spain also all rank on Henley’s top 10 list of easiest countries to become citizens of, so obtaining a passport may well be within reach.

Austria, in particular, allows for 10 different types of permits designating residency, a first step to citizenship. The residency permit may offer all the travel freedom you need, as it allows you access to most countries in Europe without a visa. But if you want Austrian citizenship through naturalization, you’ll need to be a resident for 10 years (although numerous exceptions exist). If 10 years seems like a bit much, consider Belgium, where the requirement is a mere three years, or Luxembourg and the Netherlands, where you’ll need to prove five-year residency.

Becoming a Spanish citizen requires five years of permanent residence, but note that you’re only eligible for permanent residence after you’ve lived there for five years. So in actuality, unless you meet other criteria — such as being married to a Spanish citizen — you can expect to live in Spain for 10 years before you’re able to become a citizen and then apply for a passport. Switzerland shares this 10-year requirement, though if you were lucky enough to spend time living there between the ages of 10 and 20, those years count for double.

Tied for the number five spot are Ireland, Portugal, South Korea, and the United States. Interestingly, Portugal and the United States also rank in the fifth spot on Arton’s list, though South Korean passports hold a much more powerful second-place rank. Nevertheless, the Henley Passport Index indicates that passports from any one of these four countries give you hassle-free access to 173 countries and territories.

Ireland has very precise rules about becoming a citizen through naturalization, though in a nutshell, you need to have lived in the country for five years. Because of the requirements regarding the number of days in a row you need to be in the country, though, it’s best to speak with an employee of the Minister for Justice for complete rules.

Living in Portugal for six years and knowing the language typically grant you eligibility for citizenship. In the United States, there’s a 10-step naturalization process that includes being a Permanent Resident for five years (or three years if you’re married to a U.S. citizen). In South Korea, the residency requirement for citizenship is similar — five years on your own, or two years if you marry a South Korean citizen. North Koreans who flee to South Korea gain automatic citizenship.