There’s a lot of temptation to lie on the internet and on social media. In some cases, people don’t even know your identity, so why bother being honest? Perhaps it’s a good way to pass the time and even garner some attention in the process?

But before you go slinging sob stories and fake reviews, you should probably be aware of one thing: Some people on the internet have no qualms about calling out liars. In fact, the website Reddit features an entire subreddit (subpage) – /r/quityourbullshit – dedicated to doing just that. If you’re not careful, you might just show up on the front page.

To get a better idea of what people tend to lie most about on social media, we analyzed nearly 3,000 image posts submitted to /r/quityourbullshit. The posts were then separated into different categories: what people are lying about, which sites they are lying on, and how users reacted to being called out. Curious to see how far a fib will get you on the internet? Keep reading to find out.

GETTING CREATIVE WITH LIES 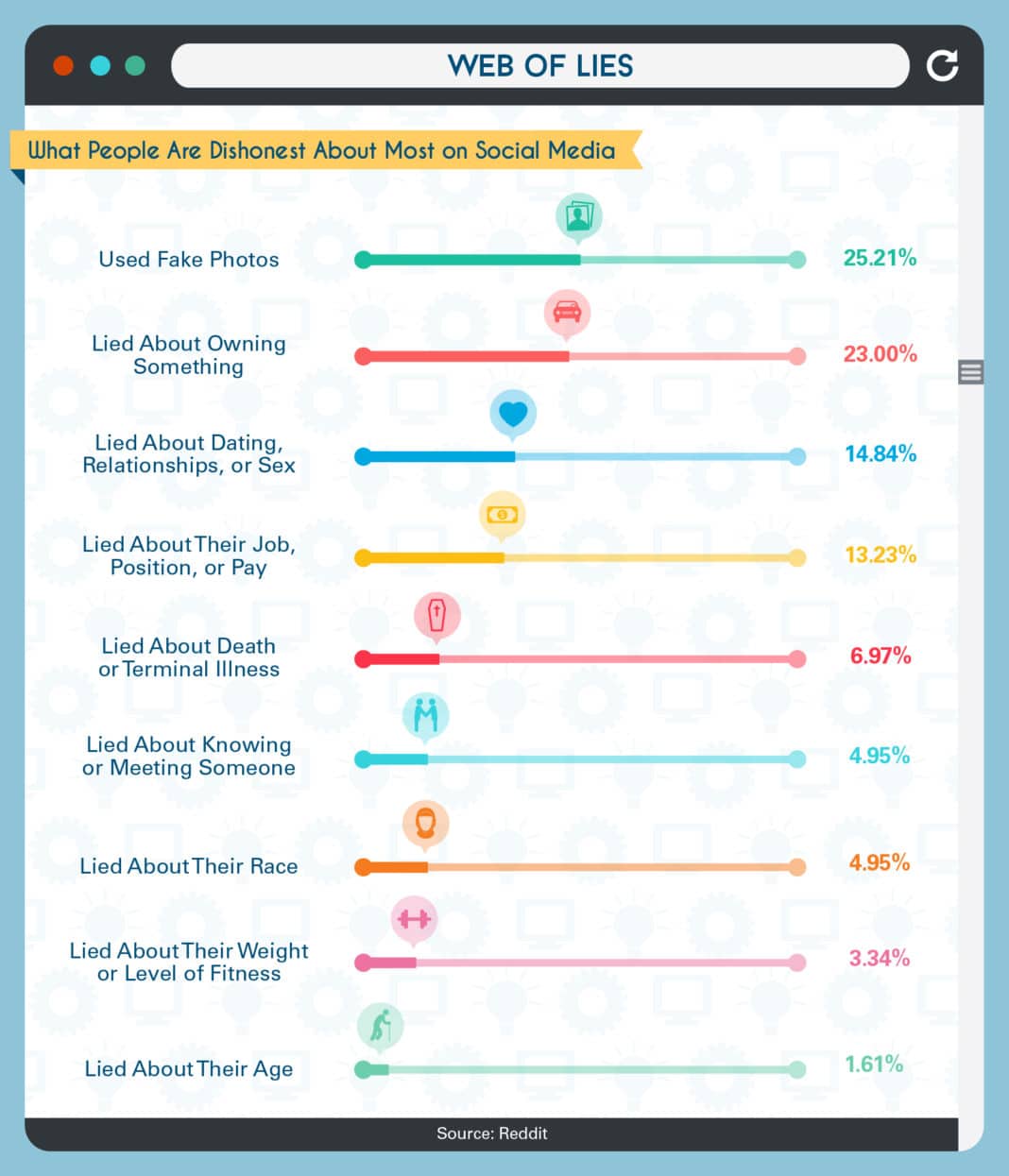 If you’re going to lie on the internet, be smart. While some untruths can be harder to detect, others are just one downloaded picture away.

When we looked at the most common types of lies on social media, many of the posts involved fake photos (25.2 percent). It’s not surprising then that users on /r/quityourbullshit spend a lot of time debunking posts such as “She was so beautiful and courageous,” which try to pass off celebrity portraits as relatives.

But it doesn’t stop there. A lot of people also lied about owning something (23 percent) and dating, relationships, or sex (nearly 15 percent). For example, a self-proclaimed Bitcoin millionaire posted a picture of his 911 GT2 car and was quickly called out when users spotted the same picture on a car forum. And when a woman on Facebook changed her relationship status from “engaged” to “it’s complicated,” her boyfriend was not afraid to point out her infidelity.

People even lied about their jobs (13.2 percent), death or a terminal illness (about 7 percent), and knowing or meeting someone (almost 5 percent), such as celebrities.

LIES ACROSS THE WEB 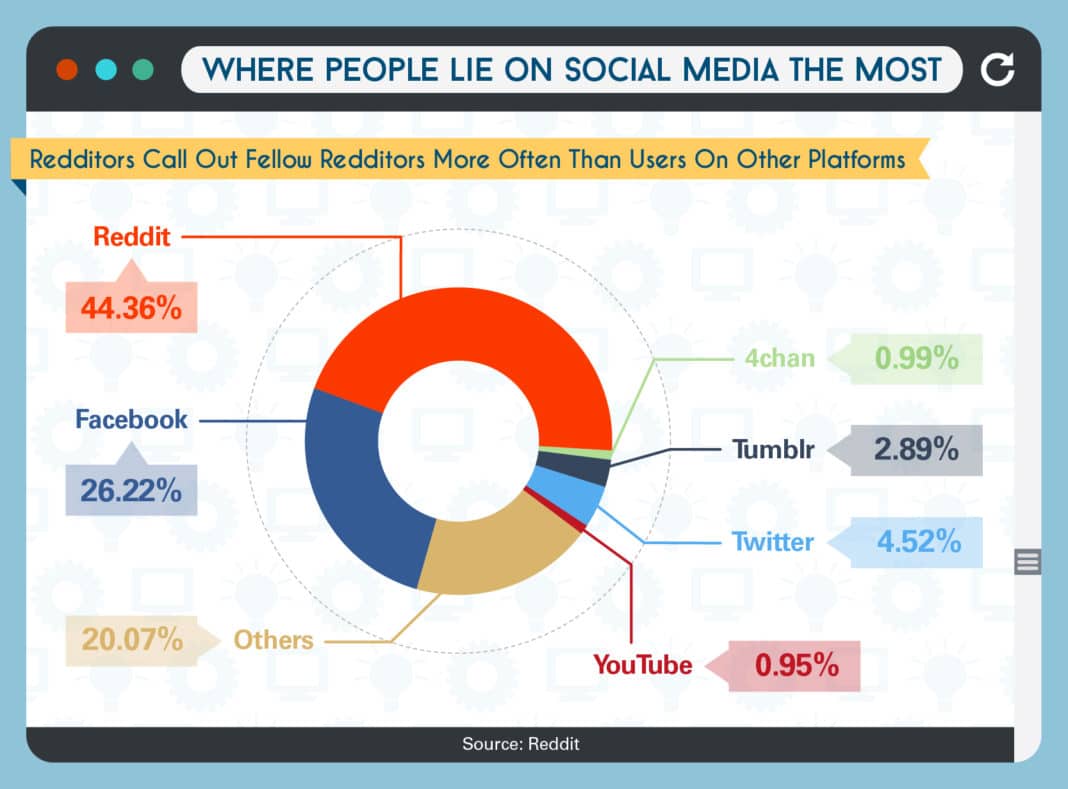 If lying is an art, then websites are the canvases. Based on our findings, 44.4 percent of the seemingly deceiving or denouncing posts originated from Reddit, while 26.2 percent originated from Facebook. Twenty percent came from other websites, and only a small portion came from Twitter (4.5 percent), Tumblr (2.9 percent), 4chan (nearly 1 percent), and YouTube (almost 1 percent). So why are most of the posts focused on lies that happened on Reddit?

A possible reason could be that users on /r/quityourbullshit are more aware of what’s going on in their own online community – being a part of an anonymous website can sometimes come with egregious behavior. As a consequence of Redditors feeling like they can safely interact with each other without having to disclose their full identities, users may be unafraid of being blunt and calling one another out. Feeling a sense of ownership toward a website may motivate people to seek the truth.

And with more than 1 billion active users, there’s a great likelihood that lying is also a common occurrence on Facebook. While it can be harder to get away with a lie on this platform – due in part to a lack of anonymity – it’s not impossible.

STANDING UP TO A LIE 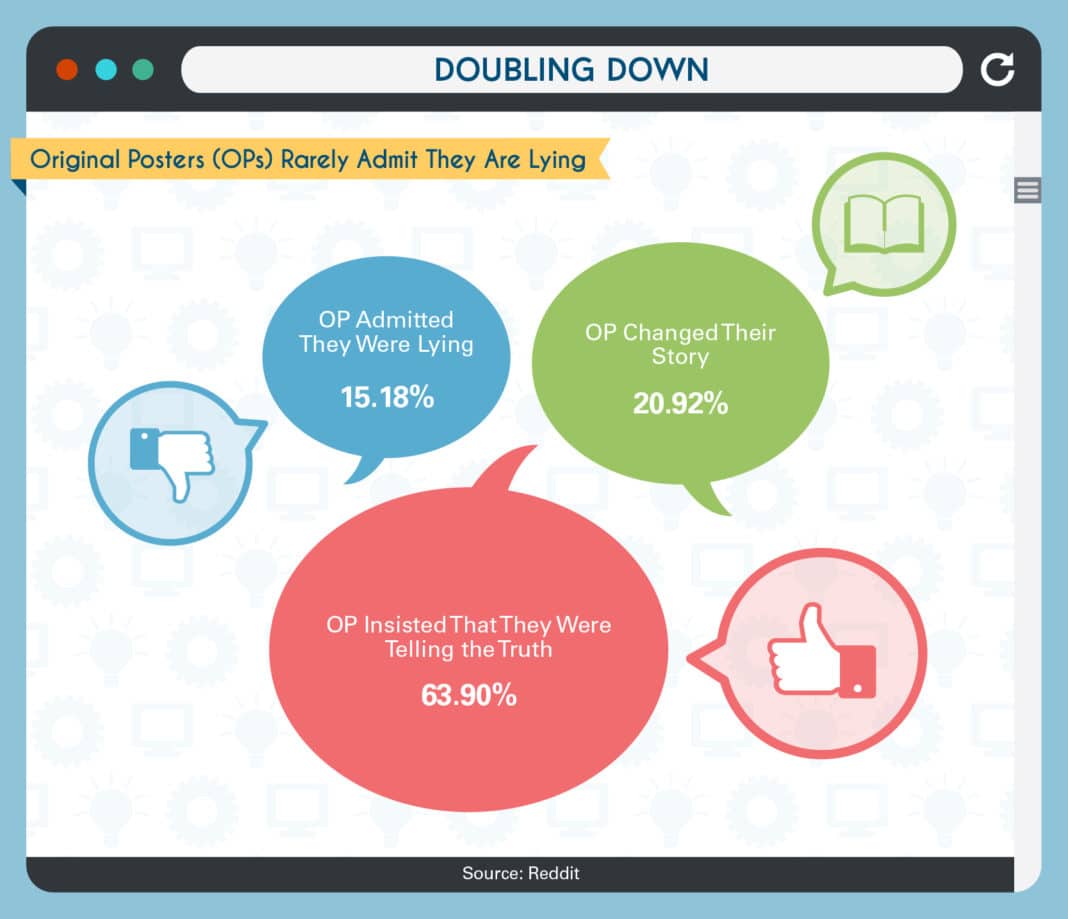 It’s one thing to be called out on a lie, it’s another to defend it. When we looked at how users reacted to being called out on a fib, we were shocked to see that nearly 64 percent insisted they were telling the truth. While proof is not mandatory on /r/quityourbullshit, it is highly encouraged. Often, posts are accompanied by screenshots that prove the original poster (OP) is not being truthful. If there is no proof, posts are tagged and can be removed by moderators. So when someone keeps denying the truth when it’s right in front of them – as seen in “Guy confuses menthol and methanol, then doubles down when called out” – the falsehood goes from fairy tale to full-scale fabrication.

While users were not above changing their story (almost 21 percent) when called out, few OPs finally did do the right thing and admitted they were lying (15.2 percent).

TO LIE OR NOT TO LIE

Why do people lie so much on the internet? It’s a question that even users on /r/quityourbullshit have asked themselves. And while there’s no right answer, it’s evident that lying is extremely pervasive across social media.

While 44.4 percent of the posts we analyzed came from Reddit, Facebook and Twitter also saw their fair share of fibs. Posts tended to involve fake photos and misinformation about owning something, and when OPs were confronted about their misdeeds, more than half insisted they were telling the truth.

We’re taught from an early age that honesty is the best policy, but it’s obvious that this doesn’t necessarily apply online. While it’s possible to have separate lives on and off the web, the line is increasingly getting blurrier as technology becomes more prominent in our daily lives.

Using Google BigQuery, we scraped posts from the subreddit /r/quityourbullshit from January 2015 to March 2016. From there, we limited it to posts that only contained images. We then had Amazon MTurkers categorize each of the photos into the categories used in this project so we could better analyze the images users posted on Reddit to get an understanding of what people tend to lie most about on social media.

We encourage readers and publishers to share the graphics found on this page. If you do wish to republish the content here, please give credit to the authors by linking to this webpage.

Top 10 Fan-Favorite Sherlock BBC Moments You Have to See 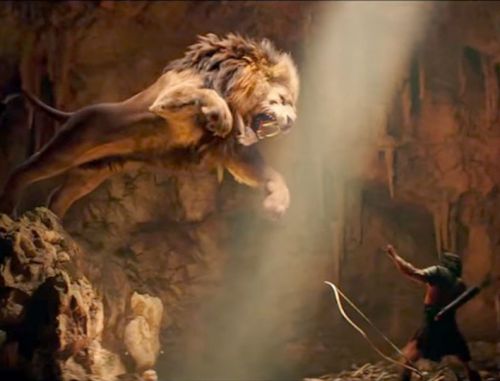 The 12 Labors of Hercules 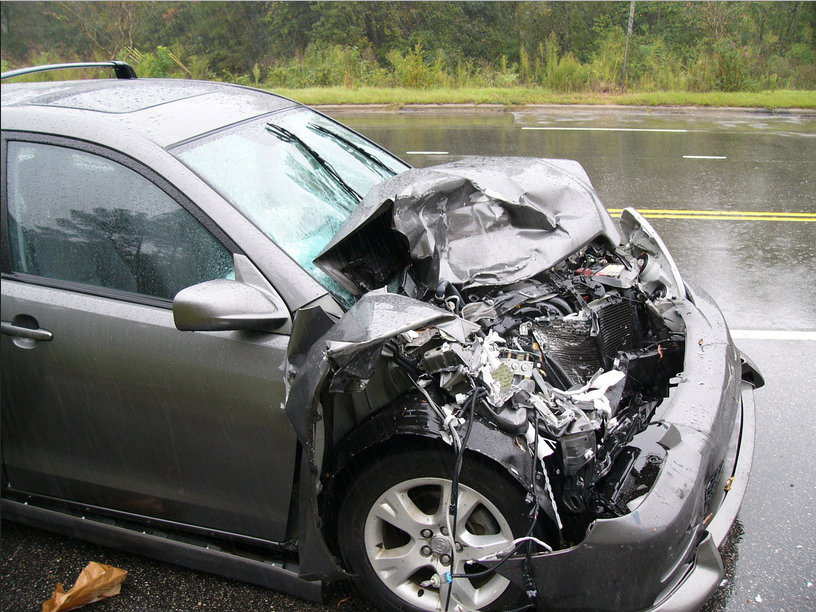