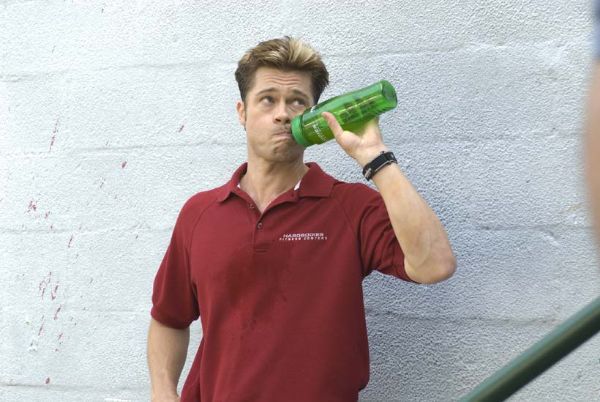 From one creator to another, I can attest that one of the most difficult things you have to face in your life as a person who generally makes things with a narrative thread is growing attached to your characters. In many aspects, creating a character is like having a child, and the more characters you create, the more difficult it will be to balance the love you carry for them and spread it out equally. Our only comfort in these circumstances is that audiences seem to be thinking the same. It’s not any easier for a spectator who thoroughly gets invested in the life of a fictional character to pick a favorite, than it is for the person behind their creation. But sometimes, things just need to be done. Not all characters are equal, and not all of them have the same impact on audiences and the told story. This is also the case of the Coen brothers: honored filmmakers with thirteen Academy Awards nominations, and the masterminds that have spawned some of the best modern fictional people, which so brutally we’ll proceed to rank in a Top 10 Best Coen Brothers Characters.

Seen in: The Big Lebowski
Played by: Jeff Bridges

The Dude is as much of an iconic character as the movie he’s a part of. The Big Lebowski became, by all means, the Coen brothers’ trademark movie, and Jeff Bridges’ character, the movie’s pillar. Such a strange film couldn’t be complete without a character that’s enough of an oddball to fit the tone of absurdity.

When we think of what makes a character brilliant, we don’t necessarily mean how well he or she is able to fire a gun. Personality is what makes all of us, fictional or not, special in our own ways. Add some circumstances and quirky, particular traits, and you get a complex character like Marge Gunderson. Even though she’s seven months pregnant and struggling to stay good in a fierce world, she is good enough of a character to land Frances McDormand an Oscar win.

Seen in: No Country For Old Men
Played by: Javier Bardem

More difficult than managing to make a good protagonist, is definitely managing to make a good antagonist. The villains of the story have evolved from having “being evil” as their only main trait, and various modern creations, from books to movies and even cartoons, are trying to make their nemesis complex from all perspectives. Chigurh is one of those characters. Fused with the chilling performance of Javier Bardem, he’s become an iconic antagonist that’s bound to run proper shivers down our spines.

Seen in: O Brother, Where Art Thou
Played by: George Clooney

As versatile as the Coen brothers are, what they’ve always managed to stand out with was their mastery in crafting dialogue. A great exhibit of this particular talent was O Brother, Where Art Thou, which became a cult classic for the brothers’ portfolio. But it wasn’t just the dialogue, we also owe a great deal to George Clooney for managing to fit Everett into this modern The Odyssey as well as he did. Quirky and debonair as we know him, Clooney brought to us a great character and perhaps an even better musical moment.

Most of us are already used to the looney worlds of Coen brothers movies and Nicholas Cage movies alike, so what would make this particular performance special? It’s not your average Nicholas Cage role. Although his already iconic slightly demented take on characters is still strong in his acting, the one he brought to life – “Hi” McDunnough is above the average slightly lunatic criminal.

Seen in: A Serious Man
Played by: Michael Stuhlbarg

A recurring theme in Coen movies seems to be taking a character, throwing them in a tangled complication with no idea of what’s going on, and letting them juggle with their efforts to make it out of there. Larry Gopnik rightfully so fits the pattern perfectly, although what really puts him out there is his genuine attempt to seek the answers for all those questions he has going on. He’s not a super man, or extraordinary by any means, but he’s relatable and sometimes this is all a character needs in order to shine.

John Turturro is for Coen movies what Johnny Depp and Helena Bonham Carter are for Tim Burton movies. Maybe not to that extent, though it’s clear that both sides have collaborated well enough to ensure a set of memorable roles carried out by the actor. The most iconic of all, however, is the one of Barton Fink, another one of the lost and frightened characters tormented by the Coen universe. He manages to contrast in a fantastic way with the strangeness of the movie he is part of, and this is what makes him one of the best Coen brothers characters.

Seen in: Burn After Reading
Played by: Brad Pitt

Sometimes you don’t need to have a good movie in order to have a good character. This is the case of Burn After Reading, which, although not regarded as the best work the Coen brothers have put out there, has blessed us with an amazing performance on Brad Pitt’s part. We’ve all seen the brainless jock trope before, but never the trope of the self aware brainless jock who goes to great lengths to keep it under the wraps.

Seen in: Inside Llewyn Davis
Played by: Oscar Isaac

Oscar Isaac managed to portray the character back when his name wasn’t a pillar in the movie industry. Near the start of his career, he brought to life a character whose world revolves around music, and left many of us to want to discover more of the layers that Llewyn Davis had to offer. One thing’s for sure, even though we only got a peek at a single week of his life, we know he’s one of the best Coen brothers characters.

Seen in: The Hudsucker Proxy
Played by: Jennifer Jason Leigh

Before there was The Hateful Eight, there was The Hudsucker Proxy, the movie that established from early on that Jennifer Jason Leigh is capable of bringing outstanding roles to the big screen. The proof for that was Amy Archer, who definitely shouldn’t fool you with her appearance, since she is likely the most competent character that the Coen brothers have brought to us.

And this is a wrap on the Top 10 Best Coen Brothers Characters. Do you agree? Are you also looking forward to see what new additions the filmmakers will bring in the near future?