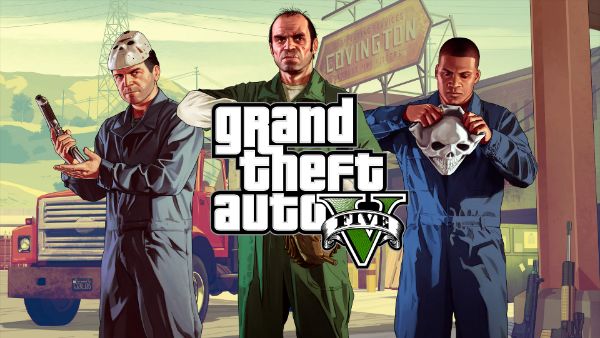 We’ve already counted down the top bestseller games on PC and PlayStation, now it’s time for the Xbox to get gets turn. There are many big names on this list and they have all sold millions of copies worldwide. Here are the Top 10 Games of All Time On Xbox.

Whoever is saying that the bigger the number of a sequel, the more terrible it is, then they haven’t heard of Halo and the tremendous success of its sixth installment. Halo: Reach is part of the critically acclaimed first-person franchise, which received much praise for its graphics and sound. Even though the characters and plot received mixed reviews, that didn’t stop it from grossing $200 million on its first day.

The Xbox was at its best when it had military-themed, shooter titles released for the platform. Gears of War 2 is a third-person shooter which follows its predecessor with the same name. The game received critical praise, especially for the new gameplay and multiplayer modes that set it apart from the first installment.

Gears of War manages to be impressive solely through the fact that there really isn’t any difference in quality between the first game and the sequel. When it was released in 2006, it managed to break records by selling over three million copies in ten weeks, also being the most played game in the following year.

People may have mixed opinions when it comes to Call of Duty. In a sense, it’s the Coldplay of gaming, but we should all lay down our weapons and give credit where credit’s due. Modern Warfare 2 was a critical success, which managed to impress audiences through its in-depth gameplay.

Another first-person shooter, Halo 4 was the most expensive game that Microsoft had worked on. The invested effort and finances were thoroughly rewarded, as Halo 4 managed to set a record for the franchise by grossing roughly $300 million on its opening week. Critics appreciated the gameplay and deemed it worthy of several awards and nominations.

Speaking of Call of Duty, its biggest success wasn’t Modern Warfare 2. Black Ops managed to shatter all records by selling 5.6 million copies within 24 hours since its release. Only six weeks after the release, it was announced that Black Ops had cashed in grosses of over $1 billion.

The sandbox game that took the world by storm, Minecraft managed to sell on the Xbox as well as it did for the PC, being propelled as one of the bestselling video games on the Microsoft console. Although the Xbox version may have suffered from the lack of expanded features and mods provided by PC, it still managed to do incredibly well as far as sales are concerned.

Halo 3 managed to achieve several accomplishments in merely one day after its release. One million people played the game on Xbox Live 24 hours after it was up for purchase. 4.2 million copies were bought. The game is estimated to have grossed approximately $300 million within the first week of its release. Although it received some criticism too for several of its single-player aspects, Halo 3 stays strong as one of the best titles on the console and the best release of the series.

Violence, theft, and several other illegalities – the freedom provided by the city of San Andreas fascinated millions of people who rushed to acquire a copy of the fifth installment. This propelled GTA V to the top as the highest selling entertainment product of all time, grossing $800 million on its first day and $1 billion only three days after its release.

Kinect Adventures may not be the most critically acclaimed game on its list, receiving mediocre reviews at best, but it was truly innovative at the time of its release. In 2010, it was pretty much the first game to be playable through the highly anticipated Kinect system of motion detection. In more ways than one, this little collection of mini-games paved the way for future popular releases that made use of the brilliance of motion sensors.