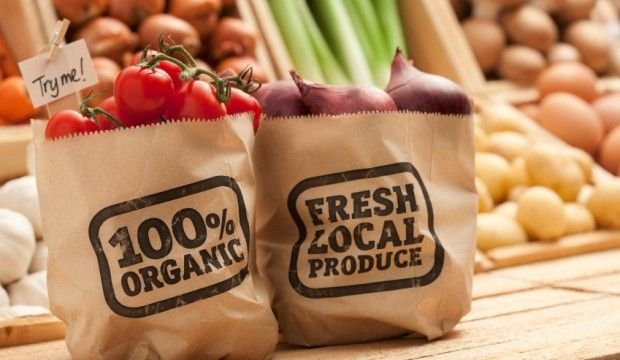 Nutrition is a tricky field. It is hard to find someone to trust and it is even more difficult to find a method to help you lose weight and become healthier. As we are constantly bombarded with information from commercials, the media, the Internet and health gurus, it is time to understand why the advice we receive from these sources is neither reliable nor useful. Here are the top 6 errors in nutrition that we should avoid at all costs in order to live a long and healthy life.

1. Basing our nutrition on what non-experts say

It all starts with the people who influence us in one way or another. Unfortunately, we tend to follow the advice of people we know and greatly appreciate like celebrities. If Gwen Stefani posts her diet on her Twitter page, her fans will be inclined to follow the same diet, disregarding the fact that each person is unique and needs a tailored program. But if Gwen Stefani looks great by following that diet, so will I. Not really. We need to go to experts in nutrition, even if they will give us rules we don’t like to follow, such as eating more vegetables and avoiding fast food and sodas.

In order to lead a healthy life, the most important step you can take is to never believe whatever campaign or initiative is adopted by the big food companies. Their interests will always lie in selling their products and make you addicted to them, and not in your personal health or longevity. Every time such a company claims that it replaces artificial ingredients with vitamins or other “natural” ingredients, it is trying to keep selling their product, despite receiving a bad rap. For instance, Pepsi removed aspartame from the diet version of the soda because many people believed it was harmful. Aspartame does not have bad effects when consumed, but the company preferred to change their composition instead of instructing the consumers.

3. Believing that Only Certain Diets Work

There have been many trends regarding diets over the past years. At first, it was believed that sugar was to blame for the people who got fat. After many products replaced the sugar component with artificial sweeteners, suddenly people believed that fat was the enemy. And thus a lot of snacks labeled as free-fat appeared. But guess what, ten years later, it was discovered that carbs were causing obesity. Furthermore, it seems that nowadays sugar is again to blame. Later studies conducted by researchers proved that the differences between diets are minimal. If you really want to make progress with a diet, it’s important to also do sports and of course stick to the products you can eat.

4. Not Training Doctors in Nutrition

A reason why people turn to the advice of celebrities, the Internet or commercials is because they don’t have many alternatives. If you ever thought of asking your doctor about your nutrition, you might find out with surprise that he cannot give you much input on the matter. Apparently a doctor spends only 19.6 hours of his or her studies on nutrition. Unfortunately this happens because medicine is focusing mostly on treating diseases instead of also preventing them.

You are probably not going to give credit to a post from a blog or a website, but if a big television channel will report that certain products or practices will have a certain effect on your body you will believe it. This is because we trust mass media and we instantly believe that they are reporting the results of some serious studies. However, it is not the case. And this is applicable to other fields as well, not just nutrition. Take for instance the report that wine can make radiation treatment more effective, as well make children better behaved and more attentive. With a bit of individual research you can find the truth of it.

A very common method of monitoring what people eat is by letting them take notes after each meal. However, nutritionists could not explain why someone who only eats vegetables, salads and the occasional fruit is not losing any weight. Quite on the contrary, they seemed to gain even more weight! Self-assessment has never worked in terms of diets, since most of us unfortunately hide the types of food that we eat, as well as the amounts. And we blame it on our memory.

In the end, the best we can do is search for professional help, get a tailored diet and strictly follow it. We are what we eat.