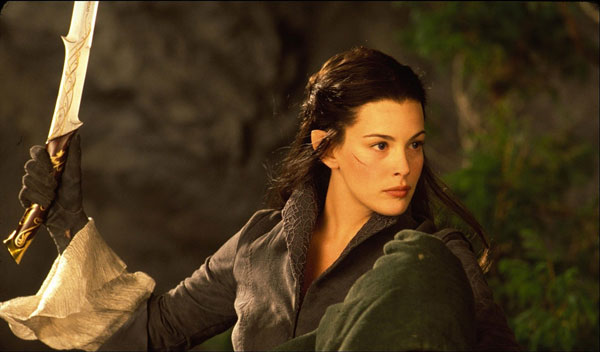 How many of you (especially during the ever so fragile years of being a teenager) wished you could easily avoid getting caught while passing notes in class or at work, full of various derogatory messages about teachers and bosses? Ah, I know, the dream. The most ideal way to do it would be to write in some sort of code or secret language, so that no one but you and your close friends can understand it. And if you get caught, they won’t understand anyway, so you can say it means something entirely different. Neat! Such a shame that coming up with a language or an undecipherable code isn’t exactly piece of coke. Can you imagine how all the various writers, game developers and movie makers managed to build from scratch entire civilizations and alphabets? I know I can’t. But fortunately, thanks to how much effort was put into the creation of certain tongues, you can actually study and use them. Here are 10 Fictional Languages You Can Actually Learn, and use to pass notes around in class.

Seen in: The Lord Of The Rings, J.R.R. Tolkien

The Lord Of The Rings is an oasis of fictional cultures, with many languages being spoken through the world of Middle Earth. What few know, is that Tolkien had a fascination with them, having worked for years on creating and developing languages. Tengwar was one of them, its alphabet being the foundation of many other, with the best examples being Sindarin (spoken by the grey-elves of Sindar) and Quenya (also known as high-elven).

Seen in: The Lord Of The Rings, J.R.R. Tolkien

Elven languages are easy to grasp, but given the multitude of species and cultures in Middle Earth, you might be confused about this one. In case you forgot, the uruk-hai are an orcish race that’s half human, half orc, whose language – the Black Speech – is founded on a set of runes. The origin of the alphabet is found in Elder Futhark, the oldest known form of runic alphabets dating way to the 2nd century.

The recurring alien scribbles from Futurama were initially seen as a nonsensical aesthetic addition, until it was revealed that it was a proper alphabet, with a correspondent for every letter in English. The most hilarious part is that the alien language was mainly used to write coded jokes, which means that the creators definitely took inside jokes to another level.

Appearing in Colfer’s series Artemis Fowl, Gnommish is the language of the fairies, and it’s a recurring appearance through the books. Most notable is the fact that it appears on the front covers and at the beginning of each chapter. Gnommish can be written in a variety of ways, starting from the common left-to-right style, to top-from-bottom and circles.

The Hylian Scripts are sets of different versions of the alphabet, varying depending on which Legend Of Zelda game we’re talking about. We have Hylian, used in Twilight Princess, Modern Hylian, which appears in Wind Waker, and the previously mentioned Old Hylian. We chose to go with this one since, given the irrefutable fame and popularity of Ocarina Of Time, more people would rather learn this particular tongue.

The infamous Klingons have an alphabet of their own, which, not going to lie, seems pretty difficult to learn and master. If you’re up for a challenge, you can definitely try to pick Klingon up, so you can then go ahead and read the Klingon translated version of Shakespeare’s Much Ado About Nothing or Gilgamesh.

This script belongs to the Anquietas, a civilization of highly advanced of humans, who inhabited the galaxy over millions of years ago. The design of their alphabet, which is very difficult to distinguish and “block-ish” looking, was inspired by a 40’s Czech propaganda poster.

Yes, you read that right. LEGO – as in, those infuriating puzzle blocks that can send us on a trip to hell and back if we make the mistake of stepping on them – has its own language. It appears in the Bionicle book series, and it’s basically just a set of circles within circles and a bunch of lines. Seems easy enough to teach it to your kids as payback for leaving LEGO pieces scattered everywhere, so have fun keeping them busy!

Also known as Kryptonese, it’s the language of no other than the infamous Superman. Initially nothing more but random scribbles scattered between comic pages, it was picked up by Bridwell, who turned it into a fully functioning alphabet composed of 118 letters. It was later picked up by the TV show Smallville too, who went in greater depths and offers a more complex alternate version.

Seen in: The Elder Scrolls

As cool as learning the dragon tongue would be, for now we get to stick to Daedric. The alphabet was first developed for Battlespire, an installment of the spin-off series An Elder Scroll Legend turned into a standalone game. It continued to make appearances throughout future releases of the franchise, with Morrowind revealing that Daedra and the Dunmer alike were using this alphabet. Various Daedric letters can be found scattered even though Skyrim, appearing in ice, fire and lightning rules, or at the entrance of Jurgen Windcaller’s tomb, spelling his last name.

The question that should follow now is: what about speaking these languages? That would surely be a step forward in terms of finding evasive ways to confuse curious eavesdroppers, but for now we’ll have to deal with just writing, which is fascinating enough. Some languages were created with a lot of effort and resources, like in Tolkien’s case, while some were crafted for the sole purpose of providing a safe environment for inside jokes – we’re looking at you, Futurama. But regardless of the reason, these people gave us 10 Fictional Languages You Can Actually Learn, and we’re thankful for that.