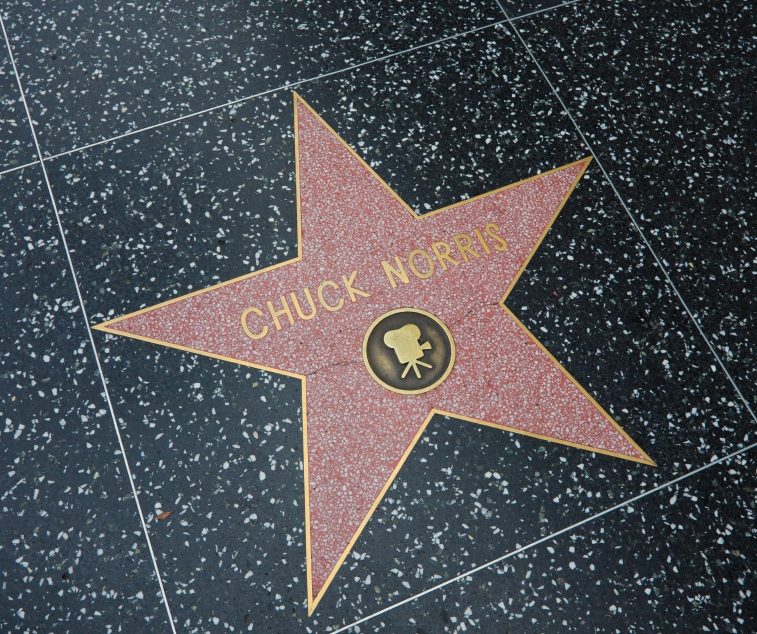 Oh well, we all love a good joke from time to time, but what we love most, is Chuck Norris. What would this world be without Chuck Norris in it and especially without the famous and ever – growing collection of Chuck Norris facts and jokes that are still cracking us up, even if we know most of them from our childhood years. Kudos to this great actor, martial law expert and super – heroic figure who turned into an Internet god and stays that way for eons and kudos to the entire community of jokers who don’t think our favorite indestructible super star is an old, fade, worn – off piece of entertainment, but a constant source of amusement. There are few people who don’t know a few Chuck Norris jokes and since there are many new out there, we thought to present you with a funny collection gathered around from the web. So without much ado, here are 35 new Chuck Norris facts and jokes you need to know! 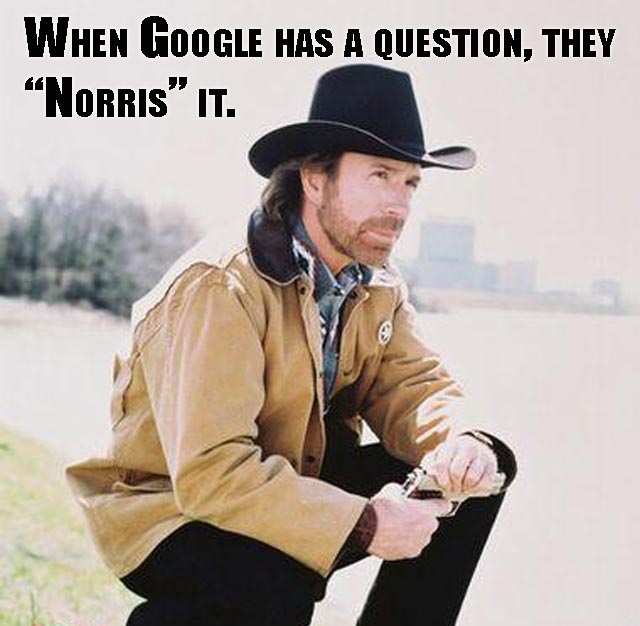 1. Chuck and the Terminator

The Terminator has a Chuck Norris tattoo

Chuck Norris once went to America’s Toughest Prison for a vacation. After thirty seconds of violence, an angry mob of 1000 convicts demanded to be put on Death Row

3. Hottest man in the Universe

Chuck Norris is so hot he makes the sun sweat.

Chuck Norris has a diary. It’s called the Guinness Book of World Records.

Chuck Norris has a Doberman and a Pitbull. They are there to protect people from Chuck Norris.

When Chuck Norris became a Texas Ranger, the state was able to save millions by laying off the rest of their police force.

Chuck Norris was in a Jack Ryan movie. He was The Sum of All Fears. 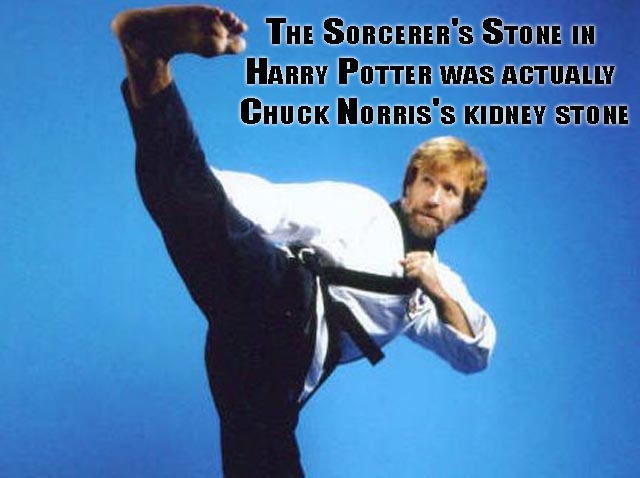 Leading hand sanitizers claim they can kill 99.9 percent of germs. Chuck Norris can kill 100 percent of whatever the hell he wants.

There is no theory of evolution, just a list of creatures Chuck Norris allows to live.

11. Secrets of the World War II

The real reason Hitler killed himself is because he found out that Chuck Norris is Jewish.

12. The thing everybody is looking for

The reason the Holy Grail has never been recovered is because nobody is brave enough to ask Chuck Norris to give up his favorite coffee mug.

In the ‘Pirates of the Caribbean’ movies, Davey Jones asks doomed sailors “Do you fear Chuck Norris?”

Chuck Norris CAN argue with a man holding a running chainsaw. 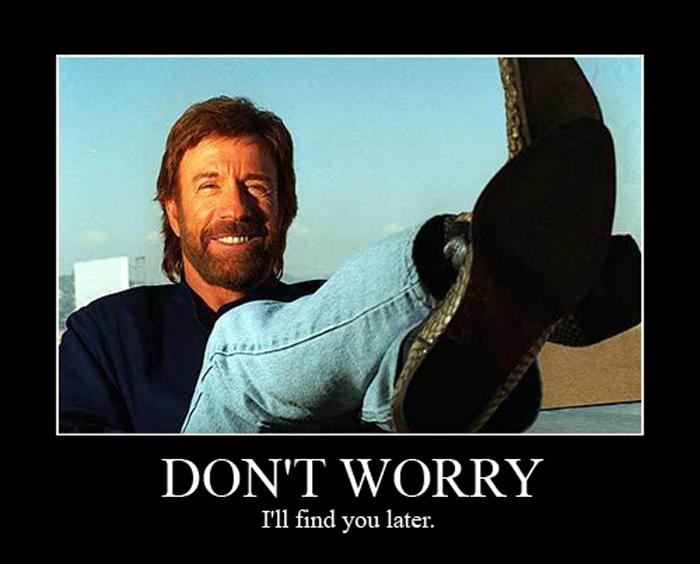 Chuck Norris can strangle you with your smartphone.

Chuck Norris has a grizzly bear as a rug in his living room. It’s not dead, it’s just afraid to move.

Chuck Norris was charged with attempted murder. The judge immediately dropped all charges, saying, ‘Chuck Norris does not ‘attempt’ murder.

Chuck Norris can fly a plane while jogging.

Chuck Norris was once on Celebrity Wheel of Fortune and was the first to spin. The next 29 minutes of the show consisted of everyone standing around awkwardly, waiting for the wheel to stop. 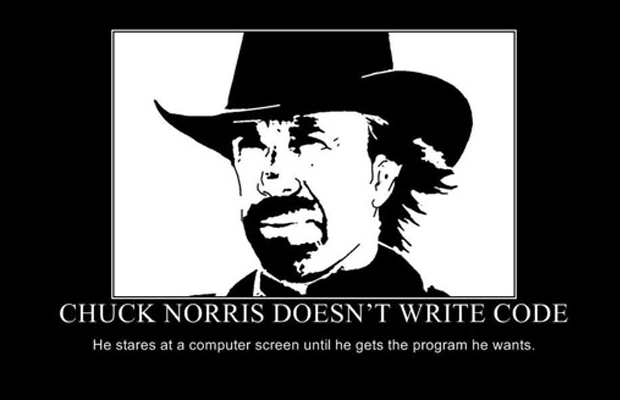 In the near future, Dallas will be renamed Chucktown, and Chuck Norris will be the city’s only lawman. The crime rate will drop to zero.

Chuck Norris can rhyme things with the word ‘orange.’

Chuck Norris found what U2 is looking for.

Chuck Norris once shot down a fighter jet by pointing his finger at it and saying “bang!” 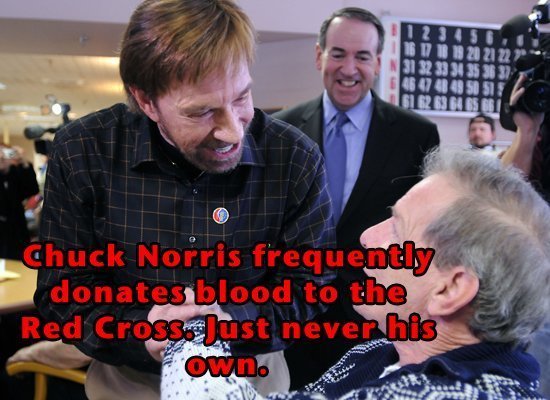 Chuck Norris has no friends on Facebook. Just enemies.

Chuck Norris can squeeze caviar out of a lemon.

Chuck Norris got his second speeding ticket for doing 137 MPH in his Corvette. When he was 9.

For Chuck Norris to get a tattoo, the artist would need a .50 cal machine gun as a needle. 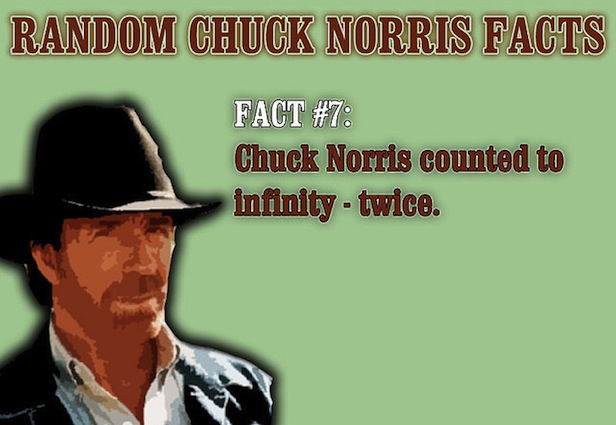 Did you know these or are they new to you? Do you have some favorite ones? Do you think it is still funny to share some new Chuck Norris facts and jokes or did they reach their expiration deadline by now? Tell us in the comments and let’s have some fun!
A huge thanks to all our sources!
Hollywood Life
chucknorrisfacts.com
chucknorrism.com
chucknorris-jokes.com
www.chucknorrisjokes.linkpress.info